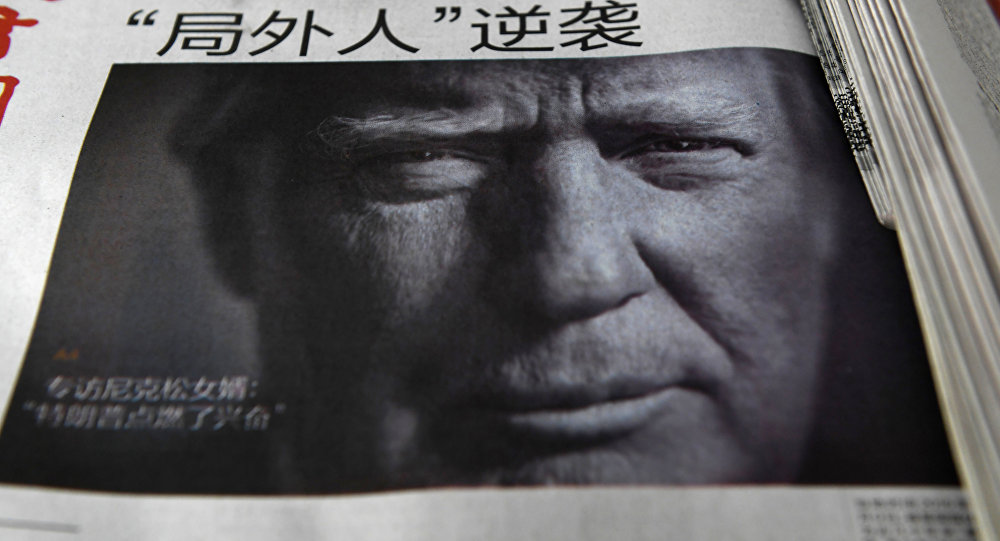 US President Donald Trump said Friday that he had asked "China to immediately remove all Tariffs" on US agricultural goods, stressing that Washington has delayed the 1 March deadline on its planned tariff hike.

"I have asked China to immediately remove all Tariffs on our agricultural products (including beef, pork, etc.) based on the fact that we are moving along nicely with Trade discussions … This is very important for our great farmers — and me!" Trump said on Twitter.

….and I did not increase their second traunch of Tariffs to 25% on March 1st. This is very important for our great farmers — and me!

China and the United States have been embroiled in a trade dispute since last June, when Trump announced that the United States would subject $50 billion worth of Chinese goods to 25 percent tariffs in a bid to fix the US-Chinese trade deficit. Since then, the two countries have exchanged several rounds of tit-for-tat tariffs.

Last week, Trump announced in a Twitter post that he would delay another planned increase in tariffs on $200 billion worth of Chinese goods that was originally set for 1 March. Meanwhile, Trump has repeatedly cited progress in the trade talks and proposed a summit with Chinese President Xi Jinping to reach a trade agreement.

© AP Photo / Pablo Martinez Monsivais
China's Plan for $30Bln US Agriculture Imports 'Camouflages Real Issue' - Broker
However, US Trade Representative Robert Lighthizer told US lawmakers Thursday that Trump would not seek congressional approval on any deal that is reached with China.

Trump’s trade chief also said that any agreement with China would be binding and contain enforcement procedures that would allow the United States to unilaterally respond to abusive trade practices, such as theft of trade secrets and technology.

During the 2016 presidential campaign, Trump repeatedly criticized Beijing for cheating on existing trade agreements and vowed to reduce China’s annual trade surplus with the United States of more than $500 billion.

China’s economy has reportedly slowed in response to tariffs imposed by Trump, which US officials credit with persuading Beijing to negotiate.