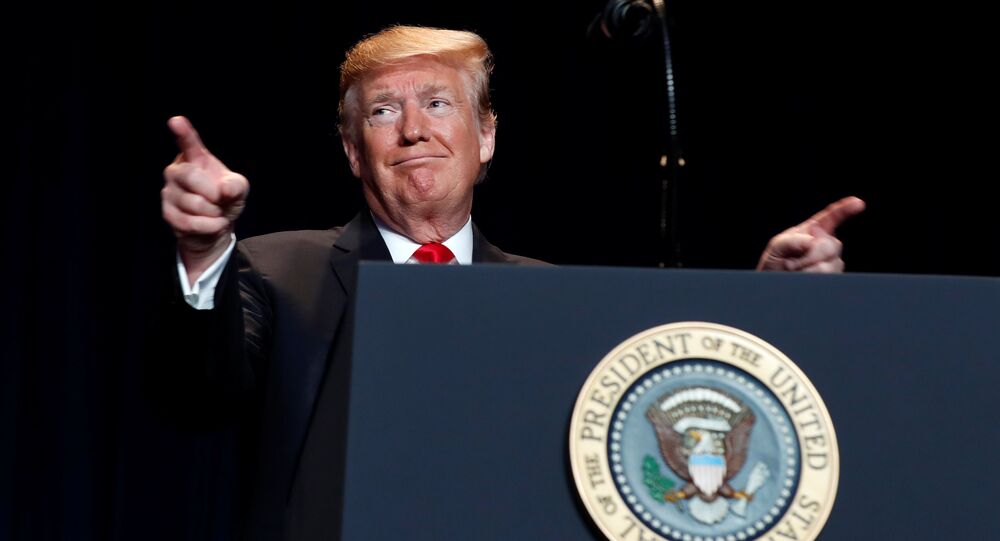 Trump: US Citizen Held Hostage in Yemen 'Has Been Recovered'

US President Donald Trump announced via Twitter on Monday that Danny Burch, a US citizen held hostage in Yemen for the last 18 months, "has been recovered and reunited with his wife and children."

Trump noted that the recovery efforts were executed in partnership with the United Arab Emirates.

​"I appreciate the support of the United Arab Emirates in bringing Danny home," Trump tweeted. "Danny's recovery reflects the best of what the United States & its partners can accomplish."

"We work every day to bring Americans home. We maintain constant and intensive diplomatic, intelligence, and law enforcement cooperation within the United States Government and with our foreign partners," he added.

​Reuters reported that Burch, who works for a Yemeni Safer Oil company, was detained in Sanaa after taking his children to school. He was reportedly being held captive by Houthi rebels since September 2017. Nadia Burch, Danny's wife, told the publication at the time of his detainment that her husband had been working in Yemen since the late 1980s.

Trump announced Burch's return as he traveled to Vietnam ahead of his second summit with North Korean leader Kim Jong Un.