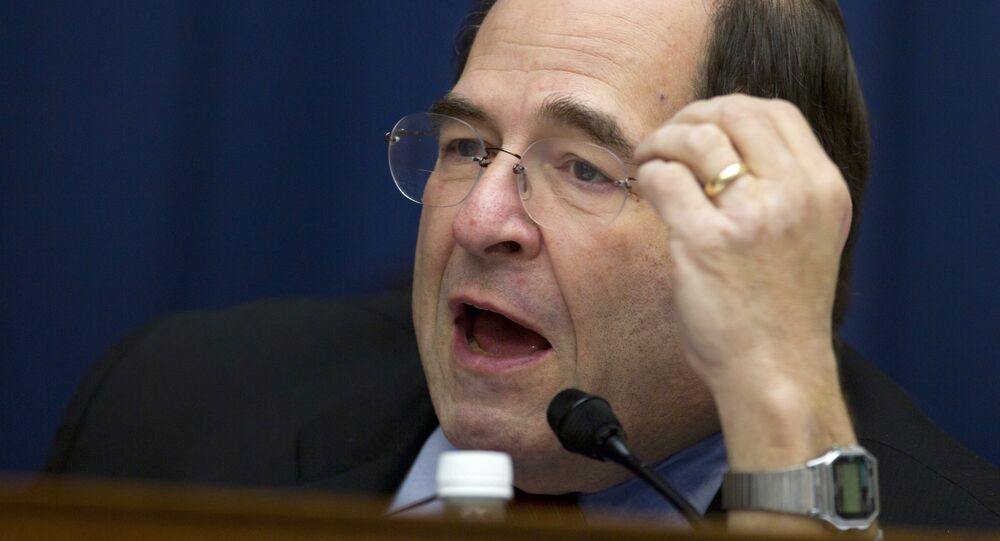 House Judiciary Committee Chairman Jerrold Nadler called President Trump the "greatest threat" to US democracy since "the Civil War," promising numerous probes against the Trump administration in the future.

In an interview with radio host John Catsimatidis on AM 970 in New York, Nadler said that he viewed Trump as “the greatest threat to the democratic system and to the constitutional government since the Civil War.”

“Clearly […] there have been major abuses of power, major obstruction of justice, obvious violations of the Emoluments Clause of the Constitution," he said, without adding any details, stating that "all of these have to be looked at.”

As one of the Democratic chairmen of the House Judiciary Committee, Nadler is set to probe various aspects of the Trump administration throughout the year. He said the hearings would be focused on any actions conducted in a “non-criminal manner,” inspecting if norms were violated and whether there have been threats to the democratic system.

© REUTERS / Jonathan Ernst
Democrats Start Investigation of Trump Administration’s Dealings with Saudi Arabia
This is not the first time Nadler has targeted the US president and his administration with such harsh rhetoric without providing any supporting evidence. In 2017, then-congressman Nadler went as far as to label President Donald Trump “a fascist” and “one of the most egregious hacks in contemporary politics.” Later in 2018, he took aim at members of Trump administration, threatening to subpoena then-Acting Attorney General Matthew Whitaker, despite the Justice Department executive already having agreed to appear before the House panel.

Nadler also indicated that Democrats would seek to push legislation to make public special counsel Robert Mueller's final report on alleged collusion between members of Trump's campaign and the Russian government. The probe has been criticized on numerous occasions by Trump, who pointed out that the Mueller investigation is a political witch hunt and has not produced any evidence in two years. Russia has repeatedly refuted the claims of meddling, saying the allegations are absurd and intended to deflect public attention from actual instances of election fraud and corruption as well as other pressing domestic issues.