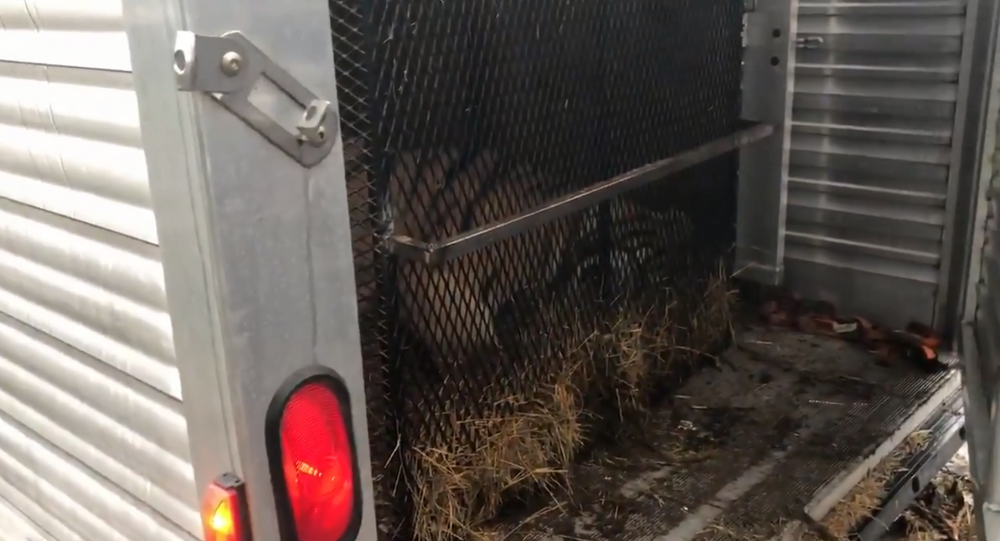 A tiger found at an abandoned home in the Harrisburg/Manchester area of Houston, Texas, is heading to its new home at a wildlife facility in the Lone Star State, authorities revealed this week after being tipped off to the deserted big cat.

Local media reports indicate the tiger was found at a home near the 9400 block of East Avenue J on Monday, and that law enforcement officials were first alerted to the incident by an anonymous tipster who initially entered the home with the intention to smoke marijuana.

"We questioned them as to whether they were under the effects of the drugs or they actually saw a tiger. They saw a tiger in this building, this vacant house that's obviously been abandoned for some time."

​After obtaining a search warrant for the home, officials entered the home and discovered the tiger, which they described as being friendly. Inside the residence, investigators also found a cage in the home's garage that was secured with a nylon strap and a screwdriver and several packages of meat.

First responders reportedly nicknamed the tiger "Tyson" after the movie "The Hangover."

The animal was eventually tranquilized for safety reasons so that officials could remove her and transport her to a temporary shelter. The tiger will reportedly be taking up a permanent residence at an undisclosed wildlife center.

"We made arrangements for the tiger to be transferred to another facility that is licensed to handle exotic pets," Laura Cottingham, spokesperson for Houston's BARC Animal Shelter and Adoptions, told the station. "Finding a forever home for a tiger is not easy."

​Cottingham has explained that the tiger is unable to stay at BARC's facility on account of the center not being equipped to handle such a cat. "BARC is not a forever home for big cats," she said.

Following initial reports of the tiger, the Houston Zoo issued a statement, noting that it was not involved in the case and would not be taking in the tiger, as had been previously reported in the media. "The Houston Zoo is home to two Malayan tigers, Berani and Satu, and does not have the capacity to receive additional tigers," said the statement obtained by Houston station KPRC.

Law enforcement officials are still investigating the case. It's unclear if any charges will be brought up again the homeowners. AP reported that it is legal to own a tiger in Texas if the owner has a valid wild game permit; however, it is illegal to have a tiger in Houston.