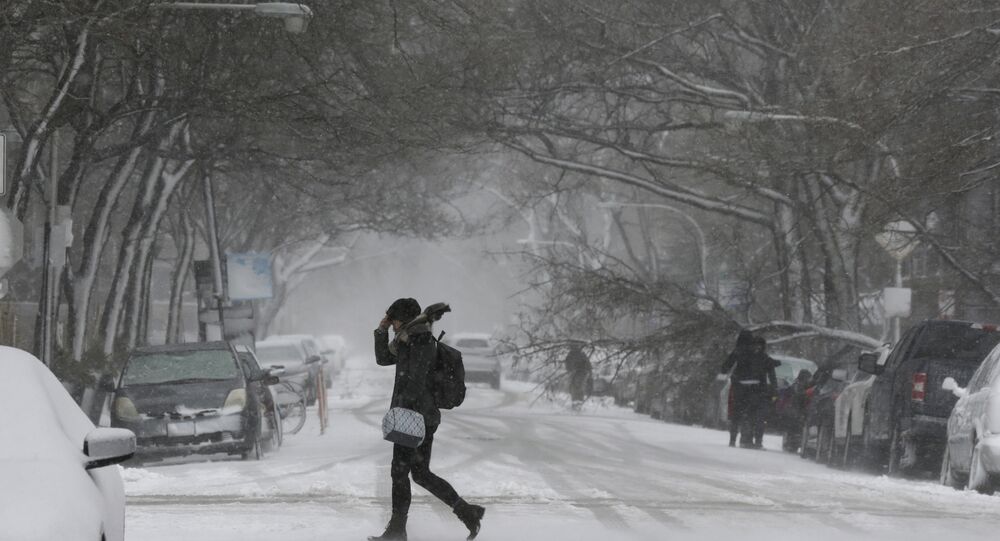 US President Donald Trump tweeted that global warming would be a help to the country as the nation experiences a massive snowstorm that canceled thousands of flights, dropped several inches to one foot of snow, and seen some states declare a state of emergency.

US President Trump referenced global warming as a means of providing assistance to sections of the US coping with a massive storm that dropped up to one foot of snow and sent temperatures plunging across the midwest and northeast.

"Be careful and try staying in your house," Trump tweeted. "Large parts of the Country are suffering from tremendous amounts of snow and near record setting cold. Amazing how big this system is. Wouldn't be bad to have a little of that good old fashioned Global Warming right now!"

Be careful and try staying in your house. Large parts of the Country are suffering from tremendous amounts of snow and near record setting cold. Amazing how big this system is. Wouldn’t be bad to have a little of that good old fashioned Global Warming right now!

​The current winter storm caused more than a foot of snow to fall across the state of New York, cancelled thousands as flights and saw the governor of Kansas declare a state of emergency, The Hill reported.

Trump has repeatedly denied the scientific evidence of global warming as a function of human-induced climate change.

In 2018, Trump dismissed a report on climate change prepared by the National Oceanic and Atmospheric Administration (NOAA) in conjunction with several other US agencies. The president said he does not believe in the findings and disputed whether climate changes are man-made, The Hill reported.

Countries that have adopted climate change as a cornerstone of their domestic policy, seek to limit carbon emissions from factories.

Turkey, Iran, Iraq, Russia, and several other nations refused to sign the 2015 Paris Agreement on climate change, claiming that it imposed arbitrary restrictions on carbon emissions. The US left the agreement shortly after Trump became president.