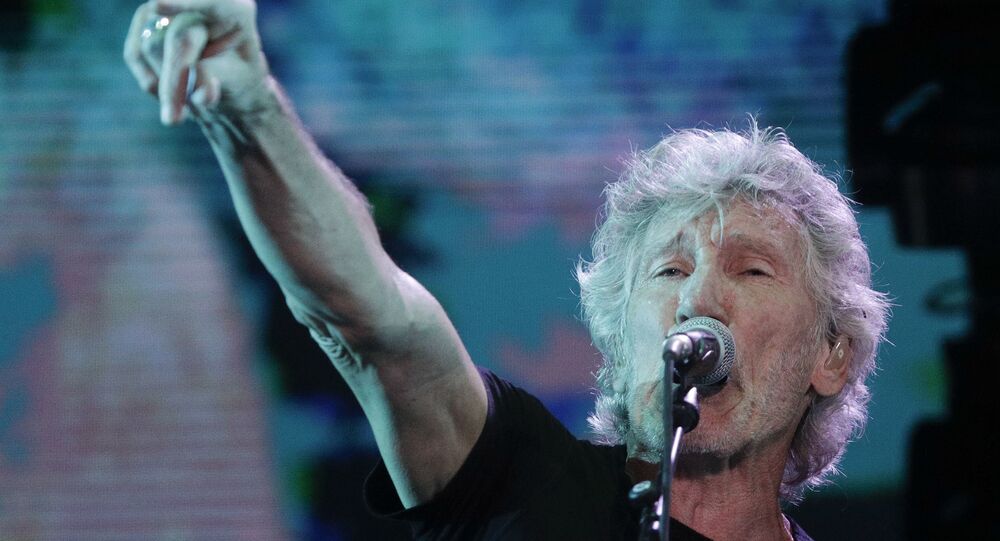 The legendary musician is famous for his harsh criticism and remarks toward US President Donald Trump, both on and off stage. He has specifically targeted Trump's efforts to build a wall on the border with Mexico to stop illegal immigration.

Roger Waters, the legendary Pink Floyd musician, announced his plans to take another swipe at the US president — he wants to perform The Wall album in its entirety on a stage located somewhere on the US-Mexico border. Though according to him, it will only be possible after what was described as an "awakening against these far-right policies" without specifying the signs that will mark it.

If such a performance takes place, it will be the second time Waters performs the full album live in an iconic place referring to actual walls in the world. Last time he did so in the German capital in 1990, 8 months after the fall of the Berlin Wall.

It will also not be the first time Waters takes a swipe at Trump's border wall, which was one of his major promises during the 2016 election campaign. During a performance at the Desert Trip music festival in Indio, California in October 2016, Waters performed Another Brick in the Wall (Part II) as 15 children dressed in T-Shirts captioned "Take down the wall" walked on stage. He also launched a huge pig-shaped balloon with Trump's face pictured on its side and a caption "Ignorant, lying, racist, sexist pig".

‘Trump is a Pig’: Roger Waters’ Show Peppered With Cartoons of 45 (PHOTOS)