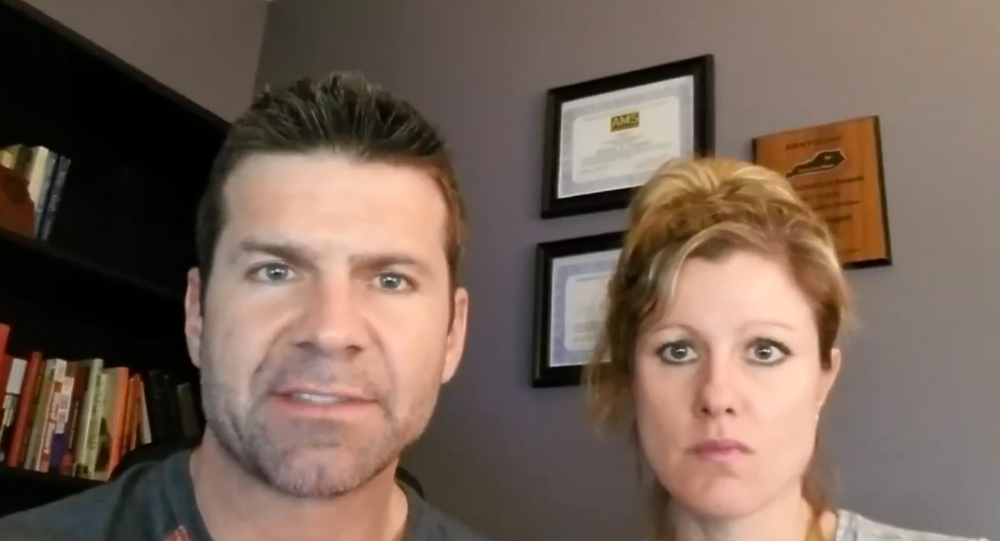 Jeremy Kappell, the chief meteorologist for New York news station WHEC, was booted from his job on Friday after he used a racial slur while referencing Martin Luther King Jr. during a live broadcast. Kappell says the incident was an accidental slip of the tongue.

At the time of the mishap, Kappell was giving viewers in Rochester, New York, a forecast for their Friday when he referenced a local park that was named after the prominent civil rights leader. Disaster struck for Kappell the moment he instead referred to the green area as "Martin Luther C**n King Jr. Park."

​After the incident, the station initiated an internal investigation, also taking the time to release an apology statement to viewers.

"On behalf of News10NBC, I apologize for our broadcast of a racial slur in a reference to Martin Luther King, Jr. Park during our Friday evening broadcast (1/4/19). Upon learning of the incident, News10NBC leadership immediately initiated an internal investigation and internal discussion, and by Sunday had made a staffing change," Richard Reingold, vice president and general manager of the station, wrote in the statement, revealing that Kappell had been given the pink slip.

"These words have no place on News10NBC's air, and the fact that we broadcast them disheartens and disgusts me; that it was not caught immediately is inexcusable. I regret that we did not immediately interrupt our broadcast and apologize on the spot."

Reingold, however, wasn't the only higher-up to speak on the matter. Rochester Mayor Lovely Warren, Council President Loretta Scott and the Rochester City Council released a combined statement, criticizing the station for its failure to immediately address the slur.

"It took the station nearly two days to apologize, and only after the station was shamed into doing so by a backlash on social media," the release states.

"This incident, along with the very recent news article containing a racially-charged accusation calling an African-American judge a ‘Carpetbagger,' demonstrates the need for greater cultural sensitivity and competency within the local media."

The article referenced was published in December 2018 in the Rochester Democrat and Chronicle. The piece, which was written by columnist David Andreatta, discussed recently sworn-in Rochester City Court Judge Melissa Barrett's efforts to establish residency in the area prior to her appointment.

© CC0
‘They Should Be Expelled': US High School Marching Band Spells Out Racial Slur at Game (PHOTO)

The Rochester Association of Black Journalists also jumped in, condemning Kappell for the "clearly racist language" that was used.

However, in an apology video posted on Monday, Kappell indicated that he didn't realize what he'd said and that he'd just "jumbled a couple of words" on account of speaking too fast during the broadcast.

"That was not a word that I said, I promise you that," he said while appearing alongside his wife. "If you did feel that it hurt you in any way, I sincerely apologize. I would never want to tarnish the reputation of such a great man as Dr. Martin Luther King Jr., one of the greatest civic leaders of all time."

On Tuesday, the fired meteorologist took his case to "The Brother Wease Show" radio program in an effort to further defend himself.

In January 2010, Mike Greenberg, then the co-host of ESPN Radio's "Mike & Mike" show with former NFL player Mike Golic, landed in a similar case after saying "Martin Luther C**n" when referring to the holiday in honor of King.

The host later explained in his own apology statement that he spoke too fast, which ultimately left him slurring his words. Unlike Kappell, Greenberg wasn't fired.