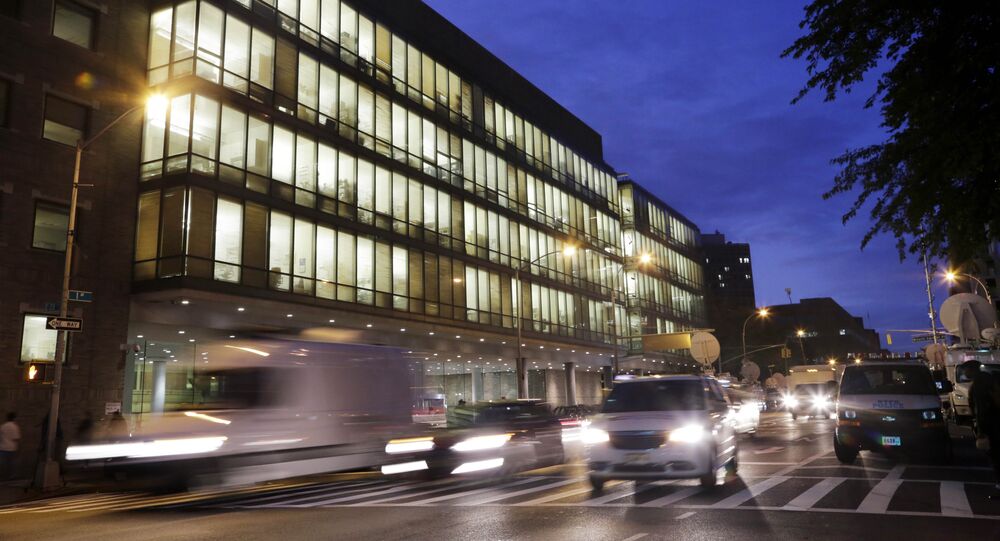 WASHINGTON (Sputnik) - Some 600,000 residents of New York City now without health insurance will be assigned a primary care physician and be given access to specialists under a plan announced on Tuesday by Mayor Bill de Blasio.

"We are going to guarantee health care for New Yorkers who need it," De Blasio told MSNBC. "We now have in New York City something that we can build on; we have a public [health care] option that we are ready to make much bigger".

The mayor specified that the plan would cover about 600,000 uninsured residents in the city, a number that includes illegal immigrants.

Health care has become a major political issue in the US, with Republicans lifting restrictions that have made many policies under a national system known as Obamacare unaffordable and prominent Democrats advocating a government-run national health system to replace Obamacare.

© AP Photo / Susan Walsh, File
‘Generational Impacts’: US Healthcare Ruling to Have Huge Repercussions
The New York City plan, De Blasio explained, "Will literally say here’s a primary care doctor; here’s a person you can see who’s going to be your doctor on a regular basis".

The mayor added that participants will also be told how to get care from a specialist, such as an obstetrician/gynaecologist or mental health provider. De Blasio also said he will hold a press conference later on Tuesday to explain his plan in greater detail.