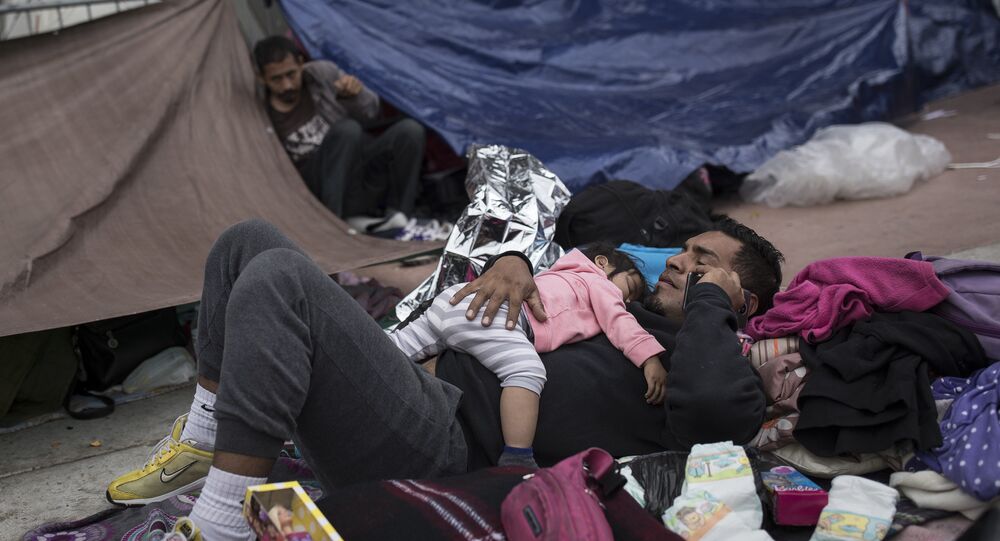 MEXICO CITY (Sputnik) - Mexican authorities have closed a shelter for Central American migrants in the city of Tijuana, located near the US border, over violations of sanitary standards, the Excelsior media outlet reported.

According to the Excelsior media outlet, employees from a local sanitary service have sealed up all the doors to the shelter, where around 150 migrants, who arrived in Tijuana from Central America to later cross into the United States, were staying. The move has sparked protests, and therefore federal police have arrived at the location.

An offer has been made to the migrants to move to another shelter, but they are unwilling to do so.

© AP Photo / Ramon Espinosa
Mexico FM Requests Probe Into Tear Gas Use at US Border
Several thousand people from a migrant caravan are currently staying at the border between Mexico and the United States. According to different estimates, from 6,000 to 9,000 migrants from Honduras, Guatemala, and El Salvador may be in the cities of Tijuana and Mexicali.

US authorities have deployed scores of servicemen and women at the border over security concerns. At present, there is nearly 600 miles worth of barrier, primarily consisting of 16-foot high fencing, along the 1,900-mile US-Mexico border.

Trump wants to erect a steel and/or concrete wall over 30 feet tall on more than 200 miles of the border that would include new and replacement barriers.