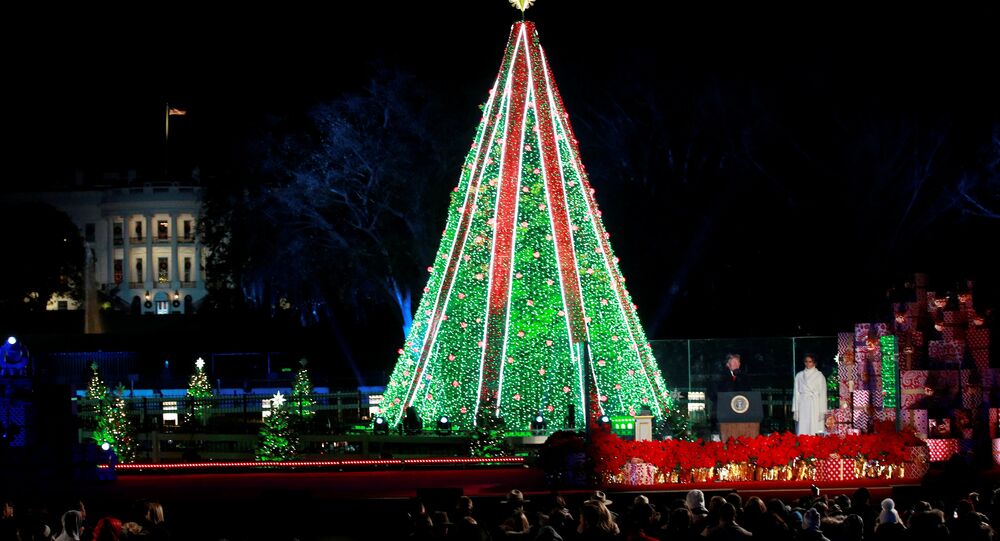 A major evacuation near the White House has been reportedly caused by a man trying to climb the National Christmas Tree on 21 December evening, US Park Police stated.

Several police cars, a fire brigade and an ambulance have immediately arrived at the scene after reports of a man climbing the National Christmas Tree, according to NBC4.

The area was cordoned off, while a police negotiator was trying to talk the man down. After an hour of sitting between the Christmas lights, the man "self-extricated" from the tree without needing any extra help, according to the police.

The climber has been sent to a hospital for a psychiatric evaluation, he didn't suffer any injuries, a police representative stated.

Police have also noted that the tree would remain closed for the remainder of the night and until the National Park Service assesses the damage.