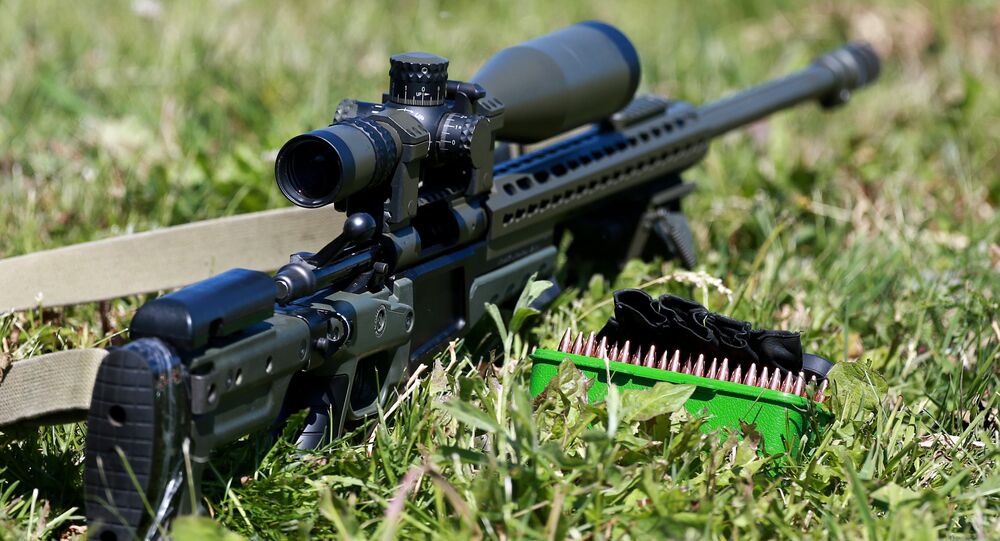 WASHINGTON (Sputnik) - Rasheed Al Jijakli, a Syrian-born naturalized US citizen, has been sentenced to nearly four years in prison for providing rifle scopes and other tactical equipment to the Ahrar Al-Sham militant group in Syria, the Justice Department announced in a press release on Friday.

"Jijakli pleaded guilty to the felony offense on Aug. 13 and admitted he conspired with others to export tactical gear from the United States to Syria,” the release said. “That tactical gear included US-origin laser boresighters, and day- and night-vision rifle scopes."

© AP Photo / File
Wait, What? US State Dept Claims Daesh Was Created to 'Protect People' From Assad
In sentencing Jijakli to 46 months, US District Judge James V. Selna agreed with prosecutors that the goods Jijakli provided to Syrian militants were “instruments of death,” the release added.

In 2012, Jijakli and his co-conspirators traveled to Istanbul, where they met a representatives of Ahrar Al-Sham and other Syrian rebel groups and provided at least 43 laser boresighters, 85 day rifle scopes, 30 night-vision rifle scopes, tactical flashlights, a digital monocular, five radios and one bulletproof vest, knowing the equipment would be used in Syria’s civil war.

Ahrar al-Sham, a powerful Syrian coalition of radical Islamist groups, has fought to overthrow the Syrian government of President Bashar Assad and replace it with a Daesh. The group has at various points during the conflict fought alongside terrorist organizations including Al-Qaeda and the DAesh groups.