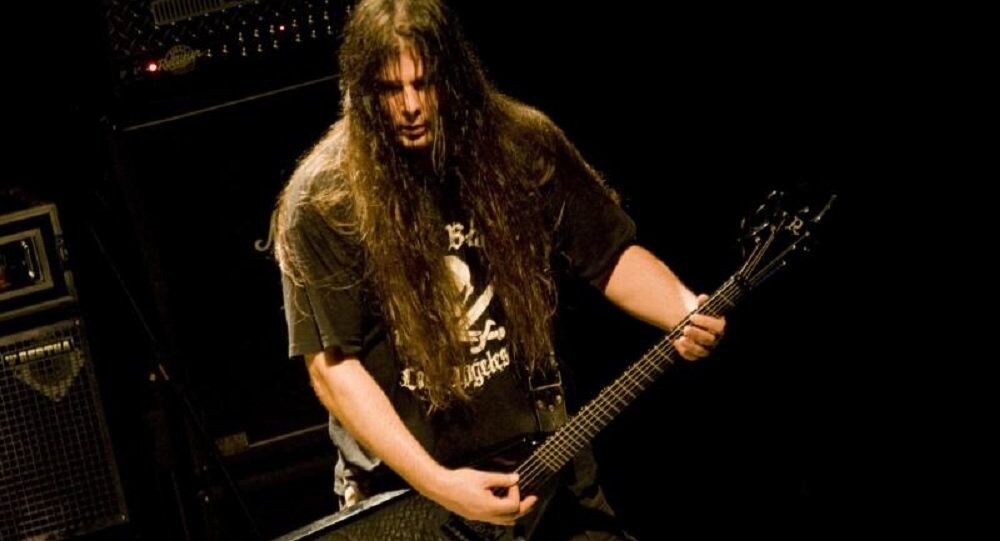 Guitarist of the famous death metal band Cannibal Corpse Patrick O'Brien was arrested on Monday after he broke into a home in Tampa, Florida and pushed a woman who lived there to the ground. He later attacked a sheriff's deputy, running towards the officer with a knife, but was stunned by a stun gun.

While the musician was on a rampage Monday night, his own house was engulfed in flames. According to the Fire Rescue, the house was full of ammunition that was exploding due to the blaze.

According to the owner of the house that O'Brien allegedly broke into, the guitarist was hallucinating, tried to hide in a closet, and was warning about the rapture, adding that someone was trying to get him.

​Cannibal Corpse, which formed in 1988, is one of the most renowned death-metal bands in the world. O'Brien, who has been playing the lead guitar in the band since 1997, was meant to join the band in a leg of Slayer's farewell tour.

From Heroes to Villains? Eagles of Death Metal Concerts Canceled in France