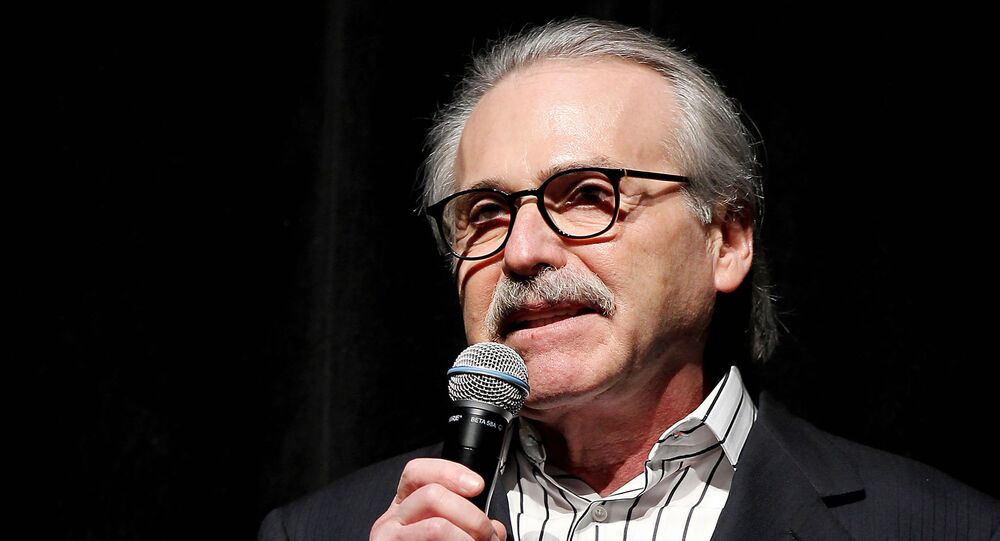 Federal Prosecutors announced that they have arranged a deal with the American Media Inc. (AMI) company, which was accused of helping to keep the women that Trump allegedly had an affair with silent.

According to the prosecutors, AMI admitted that it was playing a part in a scheme to keep the women silent before the 2016 election so that Trump’s chances would not be damaged, the New York Times reported. The prosecutors insisted that the payments amounted to campaign finance violations.

Under the agreement made back in September, but only recently made public, the prosecutors agreed not to charge the country’s biggest tabloid publisher in return for their cooperation. The company also agreed to train employees on election law standards and appoint a qualified lawyer to vet future deals that may involve paying for stories about political candidates.

© CC0
Mueller Asks for No Additional Prison Time for Ex-Trump Lawyer Cohen in Special Counsel Filing
The agreement came after the testimony from David J. Pecker, AMI’s CEO during the investigation of the president’s former personal lawyer, Michael D. Cohen, who received a three-year sentence on Tuesday for involvement with the payments.

According to prosecutors, AMI made a $150,000 payment in August 2016 to Karen McDougal, a former Playboy model, who claimed she’d had a 10-month affair with Trump, which had been made in coordination with the Trump campaign and was intended to silence the allegations about the candidate.

Cohen had initially denied any connection with AIM, having allegedly reimbursed the company for the payment. In late summer 2016, Cohen contacted Pecker about fulfilling that promise, prosecutors said in their filing on Wednesday.

© CC0
Mueller Asks for No Additional Prison Time for Ex-Trump Lawyer Cohen in Special Counsel Filing
Pecker agreed to sell the rights to McDougal’s story to Cohen for $125,000, making the payment to Cohen’s shell company Resolution Consultants L.L.C. The transaction was masked, the prosecutors said, with the invoice falsely stating the purpose of the transaction. The invoice attributed the $125,000 payment to an “agreed upon flat fee for advisory services.”

AMI was also involved in the early stages of Cohen’s dealing with a second woman, the adult film actress Stormy Daniels, who also claimed she had an affair with Trump. The company did not pay Daniels but notified Cohen that she was trying to sell her story.

Twitter Grills Trump Over His Verbal Attack Against Cohen