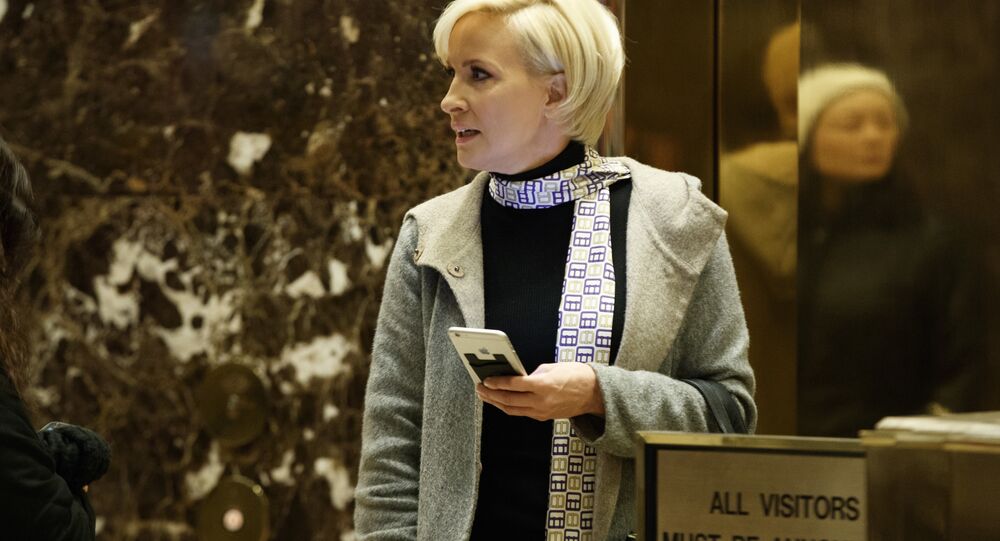 MSNBC host Mika Brzezinski is in the hot seat after using homophobic language to describe US Secretary of State Mike Pompeo during “Morning Joe,” the nationally televised show she hosts with her husband, Joe Scarborough.

She also questioned whether Pompeo is a true, red, white and blue-blooded American. "Is that a patriot speaking?" she wondered of Pompeo's interview on "Fox & Friends" from earlier in the day.

In that interview, Pompeo, a former director of the CIA, refuted reports on the CIA's assessment on the killing of Saudi columnist Jamal Khashoggi.

"Fox & Friends" host Brian Kilmeade asked Pompeo, "We know the prince knows, right? You looked at him in the eye; you know that he knows."

"I've spoken to the king — King Salman — I've spoken to the crown prince a number of times since the murder of Jamal Khashoggi, and it is absolutely America's intent to hold everyone accountable who was responsible for this," Pompeo said.

"So that's ‘yes?' When you looked him [MBS] in the eye, did you believe him?" Kilmeade pressed.

"The Kingdom of Saudi Arabia decides who is running the country," Pompeo again deflected. "We are working closely with the kingdom to make sure America is protected — that's our interest there."

"I understand that Donald Trump doesn't care," Brzezinski responded on "Morning Joe." "He doesn't care. But why doesn't Mike Pompeo care right now? Are the pathetic deflections that we just heard when he appeared on ‘Fox & Friends' — is that a patriot speaking? Or a wannabe dictator's butt boy?"

Brzezinski's audio cut out for a moment, indicating that a control room editor at MSNBC tried to take out the slur but missed the mark.

"I'm dead serious," she went on. "I'm asking, are these the words of a patriot?"

Twitter user G.E. Anderson tweeted that he was "with" Brzezinski until the "butt boy" comment. "Try ‘toadie' or ‘lackey' or ‘stool pigeon' or ‘ass kisser,' or ‘traitor,' but maybe don't equate homosexuality with Mike Pompeo carrying water for the murderous regime in Saudi Arabia," he said.

"Totally agree with you —SUPER BAD choice of words.. I should have said ‘water boy'… like for football teams or something like that," Brzezinski tweeted in response. "SO SORRY!"