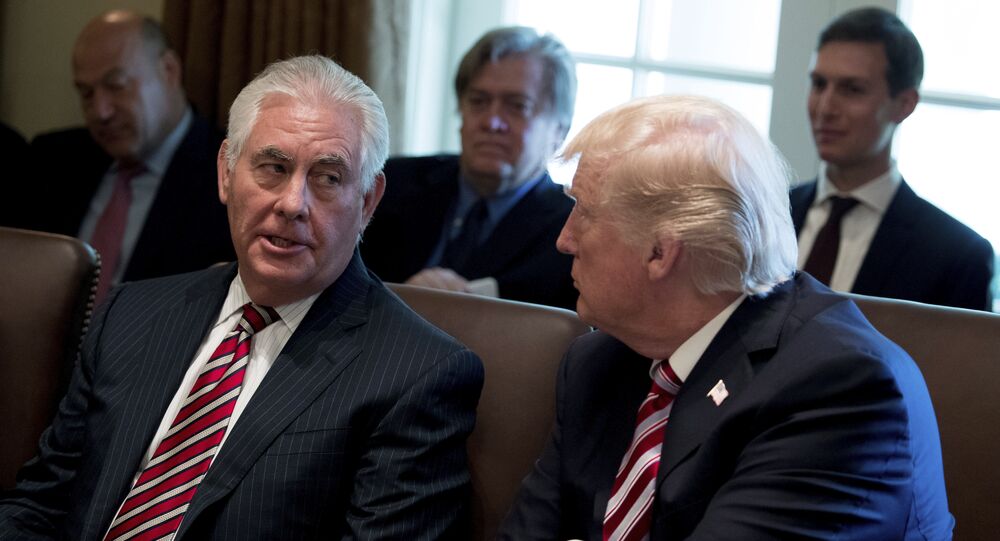 US President Donald Trump unleashed a tirade against his former secretary of state, Rex Tillerson, in a tweet Friday afternoon, calling him "dumb as a rock" and "lazy as hell," all while praising Tillerson's successor, Mike Pompeo.

Trump says he only hires the best, but that didn't stop him from attacking his former top diplomat Friday, implying he wasn't qualified to do the job. Tillerson left the State Department in March and was replaced with Pompeo, who at the time was director of the Central Intelligence Agency.

While Tillerson had reportedly called Trump a "moron" while part of the president's cabinet, he made his views unequivocally clear Thursday when he told the CBS' "This Morning" that Trump was "pretty undisciplined" and "doesn't like to read."

Trump didn't hold back in his response, saying Tillerson "didn't have the mental capacity needed" to do the job.

Mike Pompeo is doing a great job, I am very proud of him. His predecessor, Rex Tillerson, didn’t have the mental capacity needed. He was dumb as a rock and I couldn’t get rid of him fast enough. He was lazy as hell. Now it is a whole new ballgame, great spirit at State!

Trump's tweet Friday followed a host of others addressing a wide range of topics, from the "fake news media" to Special Counsel Robert Mueller's investigation into allegations of Russian collusion in the 2016 election.​

During his CBS interview, Tillerson also said that while working for the president, he often found himself having to check Trump's suggested plans of action by reminding him of the burden of legality.

"I would have to say to him: 'Mr. President I understand what you want to do but you can't do it that way. It violates the law,'" he told CBS' Bob Schieffer.