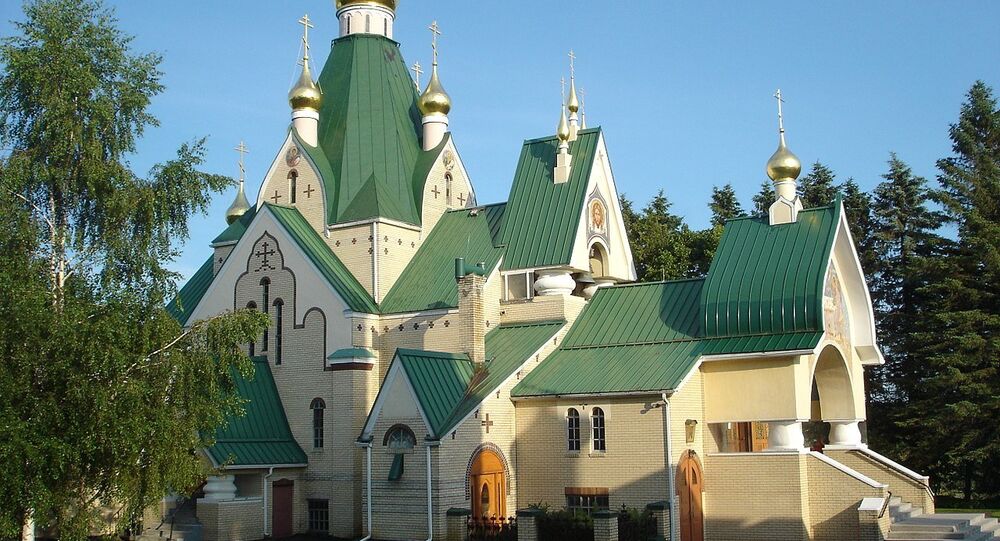 WASHINGTON (Sputnik) - The Russian Orthodox Church Outside Russia (ROCOR) supports the canonical church in Ukraine, which is the Ukrainian Orthodox Church of the Moscow Patriarchate (UOC-MP), Bishop Nicholas of Manhattan told Sputnik on Monday.

“The Russian Orthodox Church in Moscow and the ROCOR have stated that we support Metropolitan Onufry of Kiev and the Ukrainian Church,” Bishop Nicholas said. “We have to defend the truth as it is important to follow the canons of the church.”

Bishop Nicholas, who is vicar of ROCOR’s Eastern American diocese, acknowledged that the situation in Ukraine could lead to “difficulties with some of our brothers and sisters in other jurisdictions.”

However, he warned that the potential or actual difficulties must not lead to disregarding the truth that the UOC-MP, and not the UOC-KP, is the canonical church in Ukraine.

“We cannot stray from the truth,” Bishop Nicholas said, adding that the ROCOR faithful throughout the world should and do support their brothers and sisters in Ukraine.

The bishop pointed out that at least one parish decided to leave the Constantinople Patriarchate’s jurisdiction and join the ROCOR as a result of the decision to grant independence to the UOC-KP.

© Sputnik / Michael Klimentyev
Putin Discusses Orthodox Church Crisis in Ukraine with Russian Security Council
“I just know of one church that came to the omophorion of ROCOR. This is St. Nicholas church in Florence, Italy,” Bishop Nicholas said. He explained that after the clergy and faithful of St. Nicholas’ parish reached their decision, they appealed directly to ROCOR’s first hierarch — Metropolitan Hilarion.

The authorities in Kiev have been working to establish a single local autocephalous (independent) church in Ukraine based on the existing non-canonical Ukrainian Orthodox churches of which UOC-KP is one.