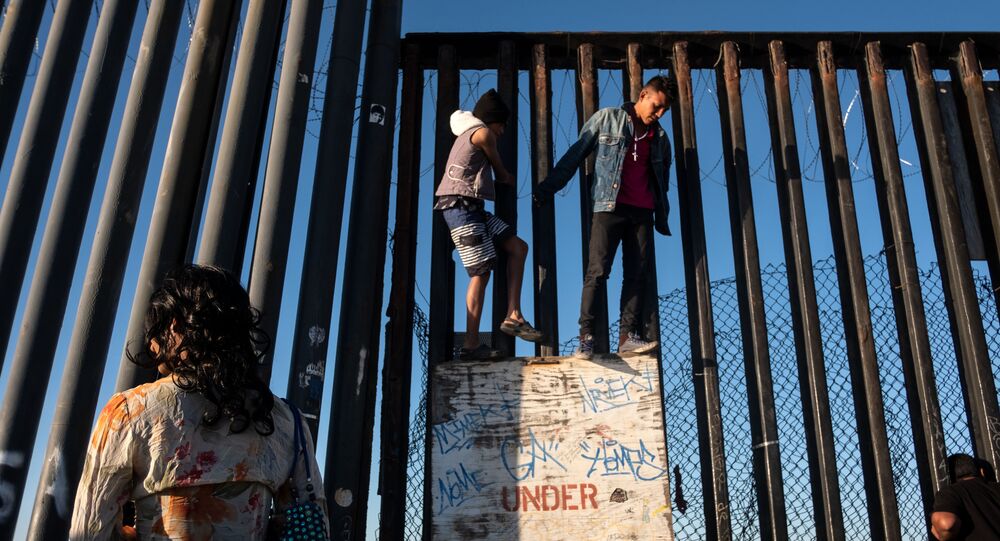 MOSCOW (Sputnik) - The Guatemalan migrant whose toddler died six weeks after their release from a US immigration facility has filed a legal claim seeking $60 million in compensation from the US government, CNN reported.

According to the CNN broadcaster, Yazmin Juarez filed the claim against several US federal agencies, including the US Immigration and Customs Enforcement (ICE), on Tuesday.

'Mariee entered Dilley a healthy baby girl and 20 days later was discharged a gravely ill child with a life-threatening respiratory infection. Mariee died just months before her 2nd birthday because ICE and others charged with her medical care neglected to provide the most basic standard of care as her condition rapidly deteriorated and her mother Yazmin pleaded for help', attorney R. Stanton Jones said in a statement, as quoted by the broadcaster.

Media previously reported that Juarez's daughter died on May at 19 months old, six weeks after she was released from an immigration facility in the city Dilley in Texas.

In accordance with Washington's so-called zero-tolerance policy, declared in April, the US authorities have been detaining all families that attempt to cross the US border illegally, with parents being sent to prison pending trial and children were taken to separate detention facilities.

© Photo : Blak Stone : Migrants reportedly attempting to storm U.S.-Mexico border
'Violent Events': Mexico to Deport Hundreds of Migrants Who Stormed US Border
Trump was forced to issue an order to halt family separations at the border after viral images of kids locked in cages sparked outrage across the political spectrum and drew intense levels of international criticism. As a result of the zero-tolerance policy, about 2,600 immigrant children were forcibly separated from their parents this spring following arrests in connection with illegal entry into the United States.
...
Reddit
Google+
Blogger
Pinterest
StumbleUpon
Telegram
WhatsApp
21