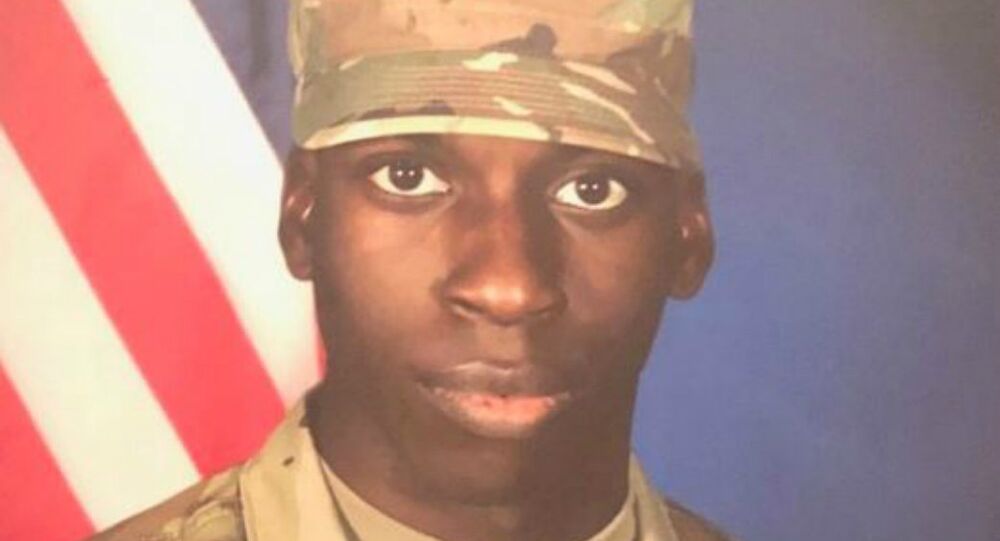 Alabama Cops Blame Innocent Man After Killing Him on Thanksgiving

US police fatally gunned down Emantic Bradford Jr., 21, on Thanksgiving evening in response to an active shooter situation near an Alabama mall. After slaying Bradford, the police doubled down and blamed the innocent man for his death.

"We can say with certainty Mr. Bradford brandished a gun during the seconds following the gunshots, which instantly heightened the sense of threat to approaching police officers responding to the chaotic scene," police officials from Hoover, Alabama, said in a statement Monday.

A shooting had taken place at a mall when they arrived on the scene. The police initially congratulated their officer as "heroic" for taking down the shooter — only they had neutralized the wrong man. Police would later recant their statement, saying that Bradford was not the mall assailant.

Bradford, a US Army veteran, had a permit to carry a weapon, according to his attorney, Ben Crump. "It doesn't matter if you're a good guy with a gun. If you're black, the police shoot and kill you and ask questions later," the civil rights attorney said Monday, the New York Post reported.
Hoover police offered their sympathies for killing Bradford in the statement in which they blamed him for holding a weapon, as he was legally entitled to do. The man did not violate a law and was mistakenly killed by the police anyway.

Bradford's parents said Monday they still hadn't received so much as a single phone call from the police to apologize or explain what happened. Cameras reportedly captured the events leading up to Bradford's death, and activists have called for this footage to be released. It's not clear when the Alabama Law Enforcement Agency (ALEA), which has taken over the investigation, will release the raw video to the public, USA Today reports.

Meanwhile, the initial mall shooter who wounded an 18-year-old man and a 12-year-old girl remains at large. Cara McClure, activist and community organizer, and Onoyemi Williams, also a grassroots activist, joined Sputnik Radio's By Any Means Necessary from Alabama to discuss the story.

​"The first information we received is that there's a shooter in the mall — young folks fighting over some shoes. One of the guys shot a young girl then shot another guy, then the police came in and killed the shooter. The way it was reported made it sound like a mass shooting in the mall," McClure told Sputnik.

Later, "it was determined that an innocent man had been shot and killed on the spot, which levied a heavy grief on the entire community," said Williams.

"There's 32 municipalities in Jefferson County. In this particular municipality where this mall is located, there's a history of not necessarily an even playing field, to say it in a delicate manner, when it comes to dealing with African Americans who are found present in that district. So for this to take place… it added to the grief that the community was feeling," Williams told Sputnik.

US Army Blocks Autopsy, Seizes Body of Soldier Who Died Mysteriously in Italy