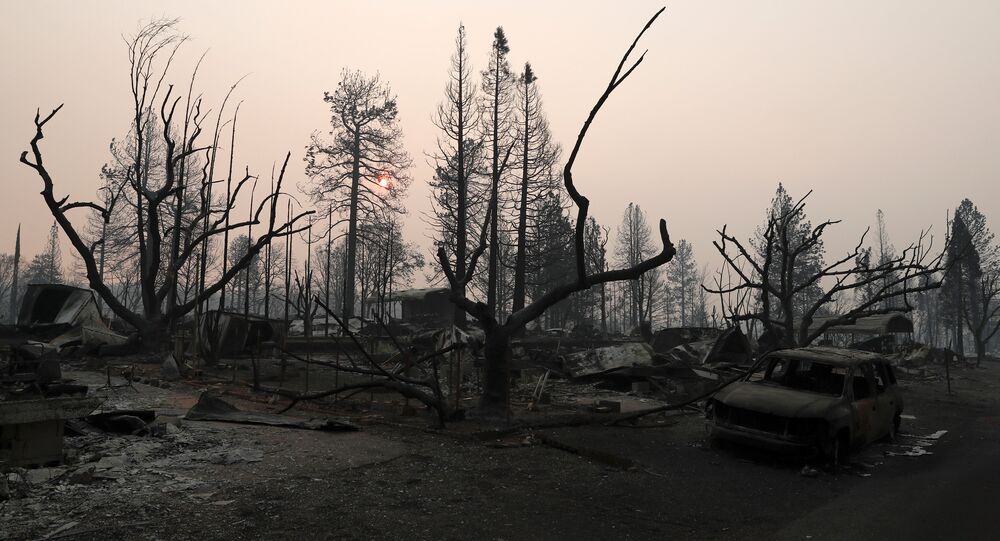 MOSCOW (Sputnik) - Bodies of two more victims of the devastating fire in the north of the United States' western state of California have been recovered which brings the death toll from the blaze to 83, Butte County Sheriff Kory Honea said.

The authorities had also accounted for 2,052 individuals who have previously been considered as unaccounted for.

"As of tonight, two additional human remains were recovered in the affected area, bringing the total number of fatalities today to 83," Honea said.

© CC0
Strange 'Cigar-Shaped' UFO Spotted on VIDEO Coverage of California Fires
Meanwhile, 563 names remain included in the list of unaccounted for persons, according to Honea who spoke at a daily press briefing broadcast on the Butte County Fire Department's Facebook page. The sheriff added that the authorities had managed to locate 307 people from this list over the past 24 hours.

The law enforcement was working in the areas that had been evacuated due to the fire to make sure that they were safe for people to re-enter them, Honea pointed out. Wednesday’s update brings the overall number of people killed in fires that have been raging across California for nearly two weeks to at least 86 people.

California has been struggling with several huge fires, which have already destroyed over 18,000 structures.

One of the blazes, the so-called Camp Fire, raging in northern California, has been dubbed by many as the most destructive fire in the state’s history.

On Thursday, storms are forecast to come to California, including the areas affected by Camp Fire. While the rain is expected to bring relief to those involved in firefighting, the forecasts also trigger fears of mudslides that might be caused by the rain.