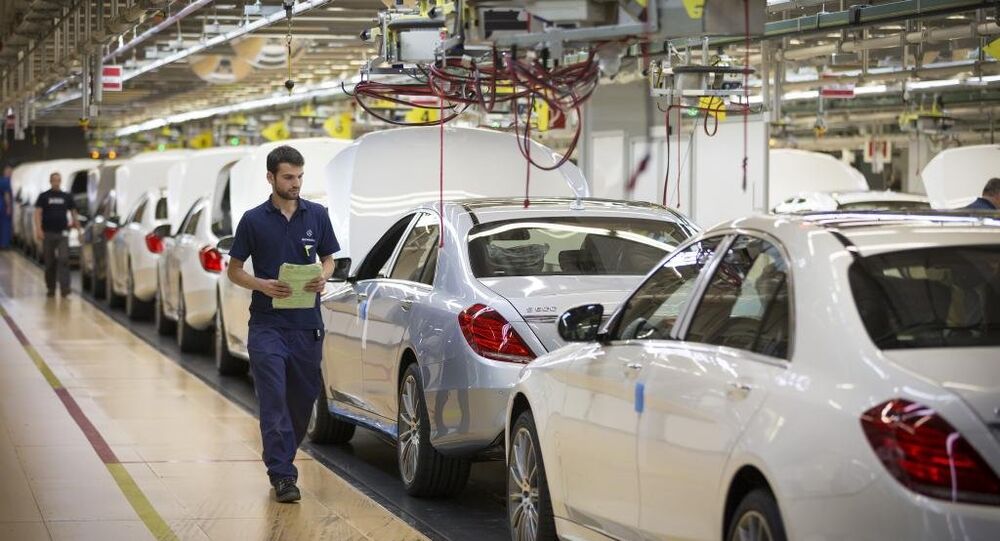 MOSCOW (Sputnik) – Heads of Germany’s major car producers — Volkswagen, Daimler AG and BMW — have been invited to visit the White House for a meeting dedicated to US import duties on European cars, media reported.

The meeting might possibly be held the next week, the Handelsblatt newspaper reported, citing sources, late on Wednesday. The invitations reportedly provoked outrage both in Brussels and in Berlin.

© AP Photo / Andy Wong
Trump Wants China Out of WTO As Trade War Heats Up - Reports
The European Union considered the invitation as US President Donald Trump’s attempt to avoid official communications between Cecilia Malmstrom, the European commissioner for Trade, and US Trade Representative Robert Lighthizer, the newspaper added.

The German government, in its turn, believed that the meeting could be used for obtaining information that could be used in US-EU trade talks from the car producers, the outlet suggested.

The newspaper noted that none of the aforementioned companies had officially confirmed the meeting.

READ MORE: Moscow to Introduce Import Duties on US Products in Response to Tariffs

In May, media reported that US President Donald Trump, who has introduced various import duties on thousands of goods from across the world, including the European Union, has been looking into banning German cars from the US market.

© AP Photo / Marco Ugarte
'We'll Get Rid of NAFTA Name:' Trump Announces Trade Deal With Mexico, Threatens Canada With Car Tariffs
In August, the US president pledged to slap 25 percent tariffs on cars coming from the European Union. However, the duties have not yet been introduced.

Brussels has said that if the Trump administration proceeds with its plans to levy car import tariffs, it would make the transatlantic trade truce collapse.