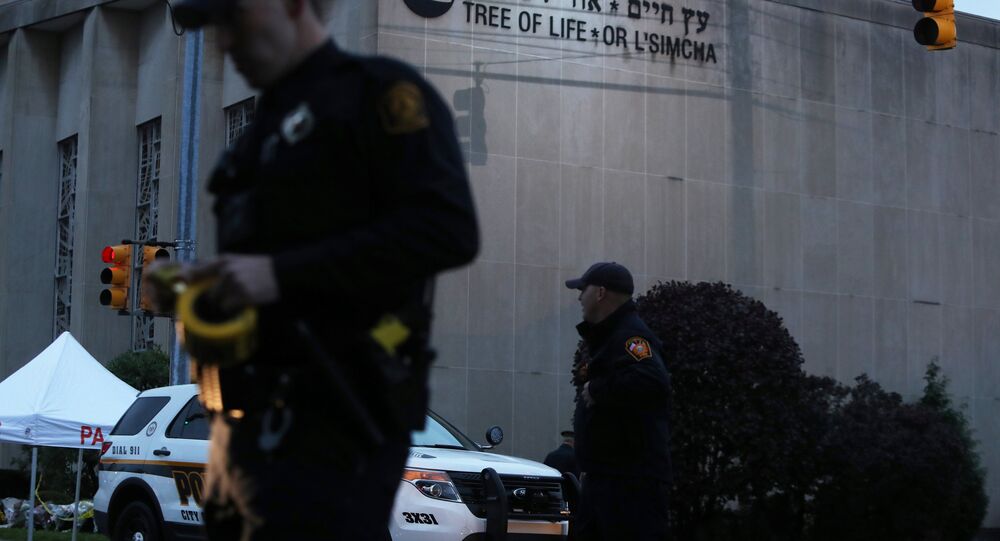 A crowdfunding initiative up set by two US Muslim groups has raised almost $80,000 for the surviving victims of Saturday’s synagogue shooting in Pittsburgh.

The fundraising campaign launched at LaunchGood, organized by two US Muslim groups, reached its initial target of $25,000 within six hours, $50,000 after a day and now aims at $100,000, according to a report by AFP.

The funds raised by CelebrateMercy and MPower Change groups will go to the short-term needs of the injured victims of the Tree of Life synagogue shooting which took place in Pittsburgh on Saturday.

"We wish to respond to evil with good, as our faith instructs us, and send a powerful message of compassion through action," the groups said in a joint statement.

© REUTERS / John Altdorfer
Hundreds on Vigil in Washington DC to Honor Victims of Synagogue Shooting
The groups aim to fund funeral expenses for the families of those killed in the shooting and medical bills for the injured, the groups say.

"Through this campaign, we hope to send a united message from the Jewish and Muslim communities that there is no place for this type of hate and violence in America," the groups said. "We pray that this restores a sense of security and peace to the Jewish-American community who has undoubtedly been shaken by this event."

A gunman named Robert Bowers killed 11 people after he barged into Tree of Life synagogue Saturday and opened fire, shouting religious slurs. According to media reports, the man chased people from the main hall into the synagogue's basement. He was reportedly armed with a rifle and three handguns. The man, who gave himself up to police, has been charged with 29 federal counts, and, according to Attorney General Jeff Sessions, will most likely face a death penalty.