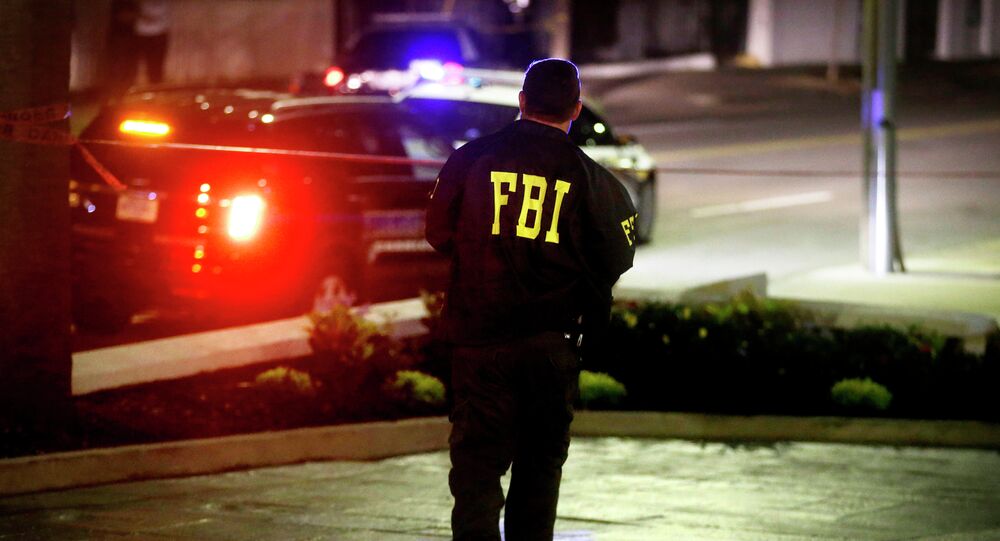 US authorities are probing at least ten possibly harmful devices and pipe bombs that have been mailed to prominent American politicians including former President Barack Obama and former Secretary of State Hillary Clinton earlier in the week. The CNN news agency also was targeted.

William Sweeney, an assistant director of the FBI, has revealed that more mail bombs may be discovered in the next few days. The department is currently investigating the 10 explosive packages sent to several US politicians and prominent figures, according to a report by Sky News.

The investigation has concluded that the design of the bombs sent to a number of US politicians and celebrities came from a Daesh-related website. According to an unnamed law enforcement source cited by Reuters, designs for similar bombs are widely available on the websites and in propaganda materials distributed by the Daesh and Al-Qaeda terrorist groups.

© Photo : YouTube / Fox Breaking News
MSNBC's Chuck Todd Fears Russia May Be Behind Bomb Scare (VIDEO)
Neither of the two terror groups has claimed responsibility for the packages.

CNN has shared images of a pipe bomb sent to the network's New York studio, with the bomb having what many identified as a Daesh flag taped to it. However, upon closer examination, the "flag" turned to out be a "Get ‘er done" meme, circulated among right-leaning social media users, which resembles the terror group's logo.

Another law enforcement source has told Reuters that all 10 bombs went through the US postal system. According to the Federal Bureau of Investigation, many of the packages had the Florida office of US Representative Debbie Wasserman Schultz, who formerly chaired the Democratic National Committee, listed as the return address.

© REUTERS / Leah Millis
US Media, Trump Both Shoulder Blame For Bomb Deliveries - Joe Lauria
According to earlier reports, all the bombs are believed to have been sent by one man.

The FBI and the police have performed a search at a postal facility in Florida, believed to be the one that processed all the explosive packages.

A total of 10 bombs have been sent so far. On Monday, an employee of billionaire George Soros discovered a suspicious package in Soros' home mailbox. On Tuesday, US Secret Service intercepted a bomb addressed to former US President Bill Clinton and former Secretary of State Hillary Clinton.

The following day the Secret Service intercepted another device sent to former US President Barack Obama and yet another bomb was found at CNN's office, addressed to CIA Director John Brennan, who often appears on the network as a vocal Trump critic.

© REUTERS / JONATHAN ERNST
Trump Takes New Dig at 'Fake News' After 'Despicable' Pipe Bomb Parcels
The third bomb that day was delivered to the Florida office of Representative Debbie Wasserman Schultz (D-Fla.). The package, addressed to former Obama administration Attorney General Eric Holder and was delievered to Schultz instead because she was named on the return address.

Two bombs have been sent to Representative Maxine Waters, with one bomb being intercepted in Los Angeles and another in Washington.

On Thursday, the security personnel of actor Robert De Niro's film company discovered an explosive device sent to the actor.

Two more bombs have been discovered at various postal facilities in Delaware addressed to former US Vice President Joe Biden.