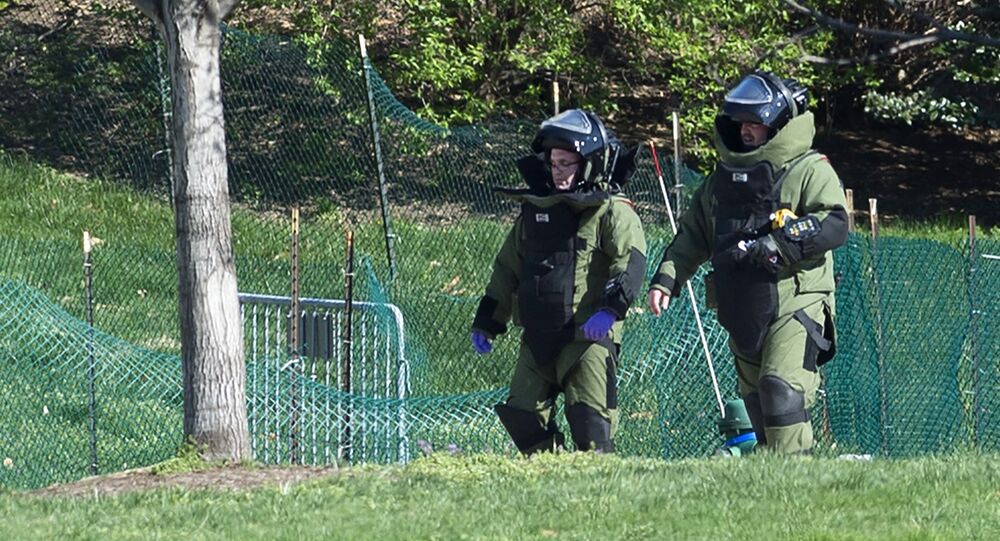 US authorities believe that several packages containing pipe bombs sent earlier to the prominent US politicians were processed in a mail distribution center in Opa-locka, Florida, CNN reported Thursday.

The FBI and a Miami-Dade county police bomb squad are investigating a US postal facility in Florida as part of the investigation into the wave of suspicious packages sent to prominent Democrats and CNN, the police said in a statement.

Right now, we are at the mailing facility in Opa-Locka where we just saw a K-9 unit go inside. A senior law enforcement official tells us some of the packages with pipe bombs may have gone through this facility. That source says Miami dade police are here for a sweep. @CBSMiami pic.twitter.com/Fpi0LFSbLk

Courtesy of the FBI
White Powder in Suspicious Packages Poses No Biological Threat - FBI
At least ten potentially harmful devices and pipe bombs have been mailed to prominent democratic politicians including former President Barack Obama and former Secretary of State Hillary Clinton this week and federal agencies are hunting for the perpetrators. The CNN news agency also was targeted. None of the the devices exploded or resulted in any physical damage or injuries.

However, The US Department of Homeland Security (DHS) has bolstered security at federal facilities. DHS Secretary Kirstjen Nielsen said that DHS and the US Secret Service are working closely with the Federal Bureau of Investigation (FBI) as well as state and local law enforcement on the active investigation.

Nielsen condemned the incidents in the strongest way possible, calling them "cowardly acts."

US authorities discovered three more suspicious packages on Thursday, two of which were delivered to former Vice Pressident Joe Biden and one that was sent to actor Robert De Niro, a frequent critic of President Donald Trump.