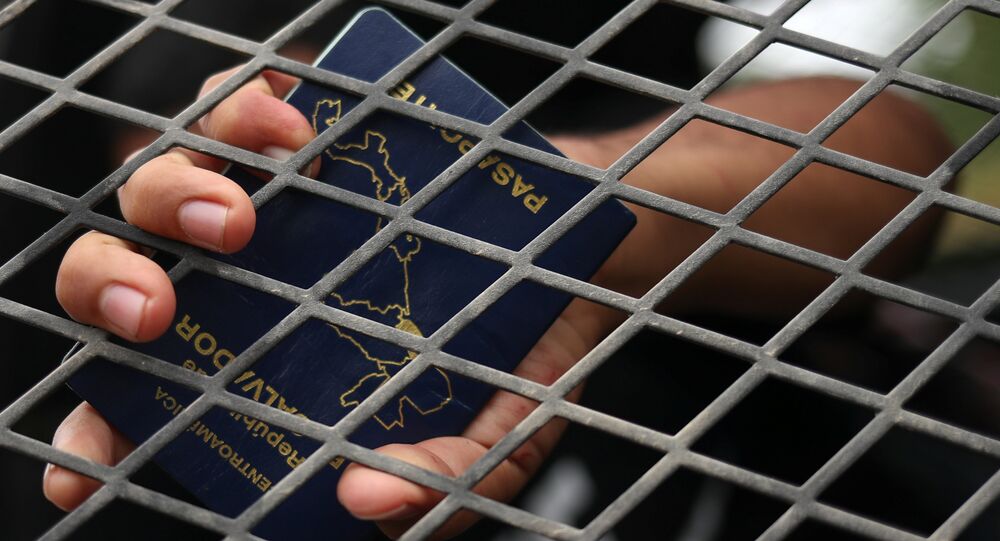 The Trump-led crackdown on illegal immigrants crossing the US border has drawn much criticism from the American left. This summer, news about the separation of migrant families made national headlines, forcing the president to end the practice with a special executive order.

US President Donald Trump hammered home his controversial immigration policies on Wednesday, warning that the United States could end up a "total mess" like Europe if it fails to defend its border and block the arrival of illegal immigrants.

"For those who want and advocate for illegal immigration, just take a good look at what has happened to Europe over the last five years. A total mess! They only wish they had that decision to make over again," Trump said.

For those who want and advocate for illegal immigration, just take a good look at what has happened to Europe over the last 5 years. A total mess! They only wish they had that decision to make over again.

We are a great Sovereign Nation. We have Strong Borders and will never accept people coming into our Country illegally!

Last week, Trump vehemently urged Mexico to halt a migrant caravan travelling from Honduras before it reaches the US border. Washington also threatened El Salvador, Honduras and Guatemala, saying that their aid will be cut if they do nothing to stop the heavy flow of migrants to the US.

Meanwhile, according to a senior White House official, the number of apprehensions of migrant families this September marked the highest figure ever recorded by the US Customs and Border Protection (20,120) and surpassed the 161,000 mark for the year.

The Trump administration's zero-tolerance policy drew fierce criticism from rights groups earlier this year after it resulted in the separation of children from their families at the border. On June 20, he signed an executive order that still allowed US officials to detain families trying to enter the country indefinitely, but stipulated that families won't be split up while they are in US custody.