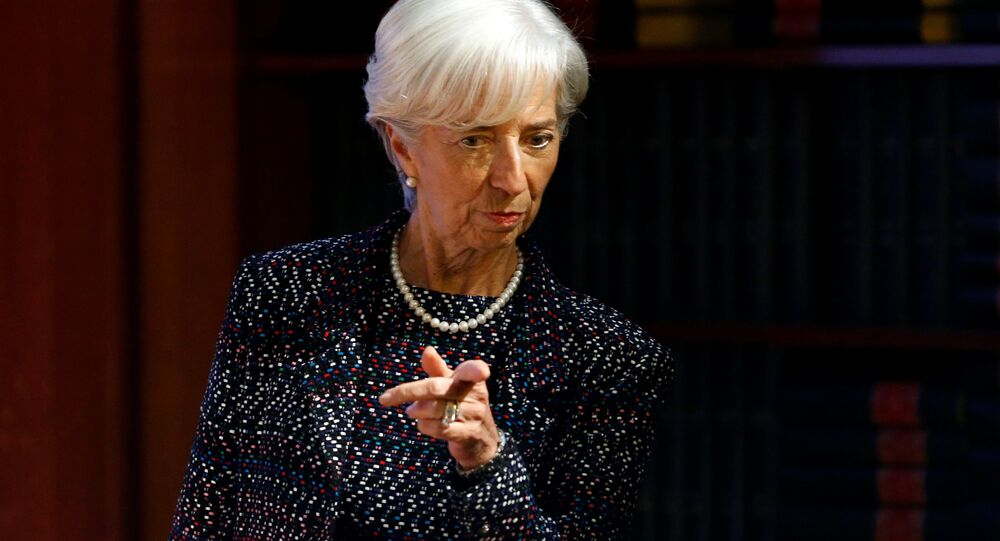 World stock markets have taken a dive as Trump’s attacks on “crazy” US rate hikes add to borrowing cost concerns.

The head of the International Monetary Fund on Thursday defended Federal Reserve Chairman Jerome Powell one day after President Donald Trump criticized the Federal Reserve, which has been raising US interest rates, as "crazy."

"I wouldn't associate Jay Powell with craziness," Managing Director Christine Lagarde told CNBC in an interview. "He comes across — and members of his board — as extremely serious, solid and certainly keen to base their decisions on actual information.

"It is clearly a necessary development for those economies that are showing much improved growth, inflation that is picking up… unemployment that is extremely low," she told a press briefing in Bali held on the sidelines of annual IMF and World Bank meetings in the city.

"It's inevitable that central banks make the decisions that they make," she added as a frenzy of global market selling, triggered by heavy losses on Wall Street and comments by Donald Trump describing US interest rate hikes as “crazy,” had rolled into Asia.

© AP Photo / Richard Drew
Trump: Federal Reserve Has ‘Gone Crazy’ With Interest Rate Hikes
The Nikkei index in Tokyo was down by 4.2 percent on Thursday afternoon, while in Hong Kong the index dropped 3.9 percent — its lowest mark in four years.

In Australia, the benchmark S&P/ASX200 index closed down 2.74 percent.

European markets were braced for more losses with the FTSE100 in London poised to drop down below 7,000 points for the first time since March.

The rout followed Wednesday’s 800-plus point drop on the Dow Jones industrial average – the worst in eight months.

Despite a booming US economy, low inflation and low unemployment, investors are concerned about rising bond yields that have been drawing money out of the stock market, and increased US interest rates.

However, higher US interests rates have also helped send emerging market currencies into a tailspin, as countries that borrowed heavily in dollars race to pay back debt.

Much of the global financial turmoil has been dominated by Washington’s escalating tariff war with China and additional levies imposed on traditional allies like the European Union.

Trump has levied or threatened tariffs on goods from economies around the world, notably China, but also on traditional allies such as the European Union.

Christine Lagarde warned that a "full-blown commercial war" could shrink global trade by nearly 18 percent and also hamper global GDP, with the United States, China, and others finding themselves on the losing end.

The IMF chief also warned the world against falling into the "collective amnesia" that led to the 2008 global financial meltdown at a time when protectionism and geopolitical tensions precipitated “terrible events."