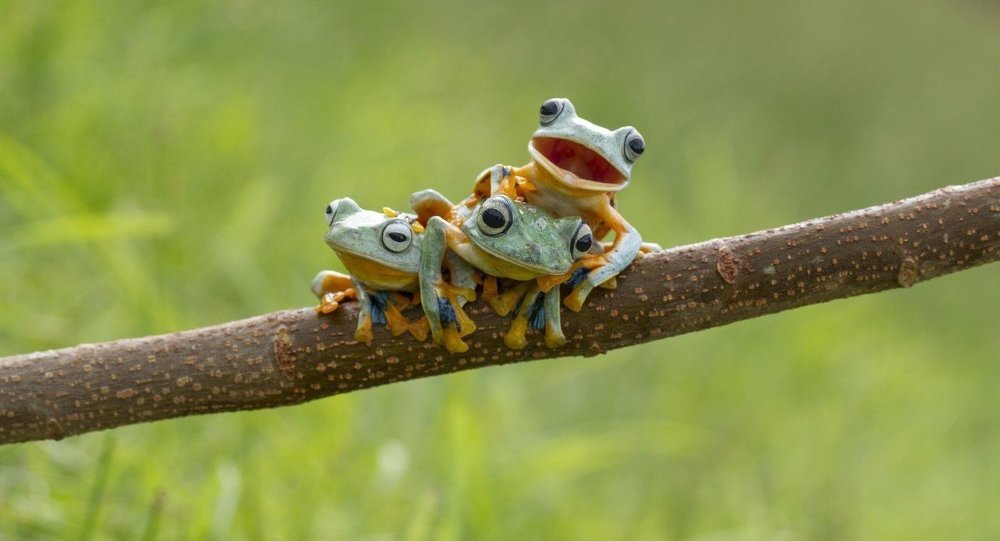 North Carolinians are suffering the consequences of a population boom in amphibious creatures, which are breeding "explosively" thanks to record-setting weather on the East Coast.

According to the Charlotte Observer, tens of thousands of frogs and toads have been spotted along North Carolina's coastal plains, invading the homes of residents and occasionally even jumping on them.

"They're all over my windows and hot tub. I had one jump on my face [while] laying in bed," a local told the Outer Banks Voice. "And I had another in the kitchen on the cutting board. [They're] everywhere!"

Though the hopping creatures did show up in the area just after Hurricane Florence blew threw the region, experts have indicated that the spike in frog and toad populations has more to do with abnormally heavy rains from June and July.

Jeff Hall, a biologist, told the Observer that the population increase was the result of both heavy rains in June and July, which provided the ideal environment for tadpoles to be born, and of toads, such as the eastern spadefoot, finding the "perfect habitat in tiny puddles created by Hurricane Florence."

However, there's also another factor at play here.

"Making things even worse is the flooding," Hall told the Observer. "All these frogs are in search of dry ground, which is why they're showing up in places they don't normally go."

"I've heard of people stepping outside and frogs falling on their shoulder, freaking them out. Frogs love tiny cracks, so they get in door seals," he added.

One commenter on Facebook indicated that he'd spotted between six and eight froggers that lounge around on his kitchen window, waiting for the moment to snap up a tasty bug. "Patient little guys," Joe Gray wrote. "Bug gone, frog smiling."

​"Porch lights attract bugs and moths, and it's like a steakhouse buffet to a frog," Hall said. "They do not pose a threat."

"It's best to try and deal with them as best we can until the situation changes. There are people with hundreds of little toads running around in their yards, and they don't like it, but toads do eat insects," he added.

But this biblical situation isn't expected to last forever. Hall suspects that the gangs of frogs and toads will return to their homes once flood waters recede across the area.