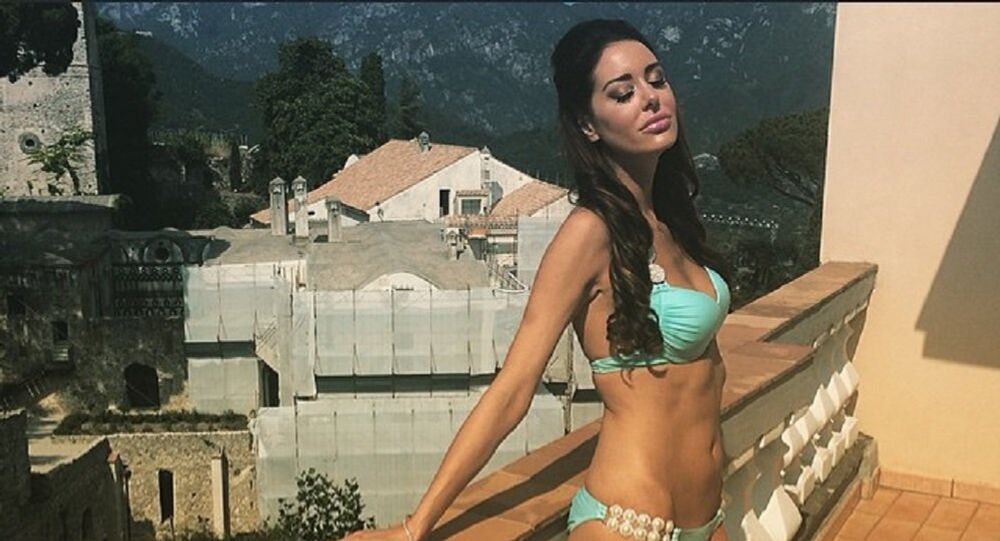 The suspected killer was arrested by the authorities about a week after Carlin-Kraft’s murder, and is now being charged with first-, second-, and third-degree murder, robbery, receiving stolen property, and related crimes.

Jonathan Harris, a 30-year old man who stands accused of murdering former Playboy model Christina Carlin-Kraft, said that he attacked her after the woman didn’t pay him for cocaine she allegedly was trying to buy from him, according to The Philadelphia Inquirer.

"I panicked and was scared. I didn't know what to do. I knew I was going to be in trouble," Harris said in a statement that was read during his preliminary hearing in Ardmore District Court on Friday.

© Photo : Christina Carlin-Kraft/facebook
Strangled Playboy Model ‘May Have Been Killed’ by ‘Obsessed’ Secret Stalker - Reports
As the suspect explained, on August 22 he accompanied Carlin-Craft to her apartment after agreeing to sell her cocaine, where the pair then drank "about three bottles of wine" and engaged in consensual sex.

After their lovemaking, the model went on to hide Harris’ drugs, which he claims cost $1,200, and refused to pay for them, leading to a violent struggle between the two.

According to Harris' statement, he managed to subdue Carlin-Kraft and allowed her to call her father on the phone, but, having noticed that the woman was trying to dial 911, he kicked the cellphone out of her hands and began choking her with his hands.

"When she stopped screaming, Harris searched the apartment, found his cocaine, put on clothes he found there, and fled, jumping over the balcony connected to her apartment. At the time, he said, he believed Carlin-Kraft was still alive," the newspaper states.

Harris was arrested by federal marshals in Pittsburgh on August 29 and is now being charged with “first-, second-, and third-degree murder, robbery, receiving stolen property, and related crimes.”

Strangled Playboy Model 'May Have Been Killed' by 'Obsessed' Stalker - Reports

Dead Bodies of Young Women Found in Suitcases in Moscow