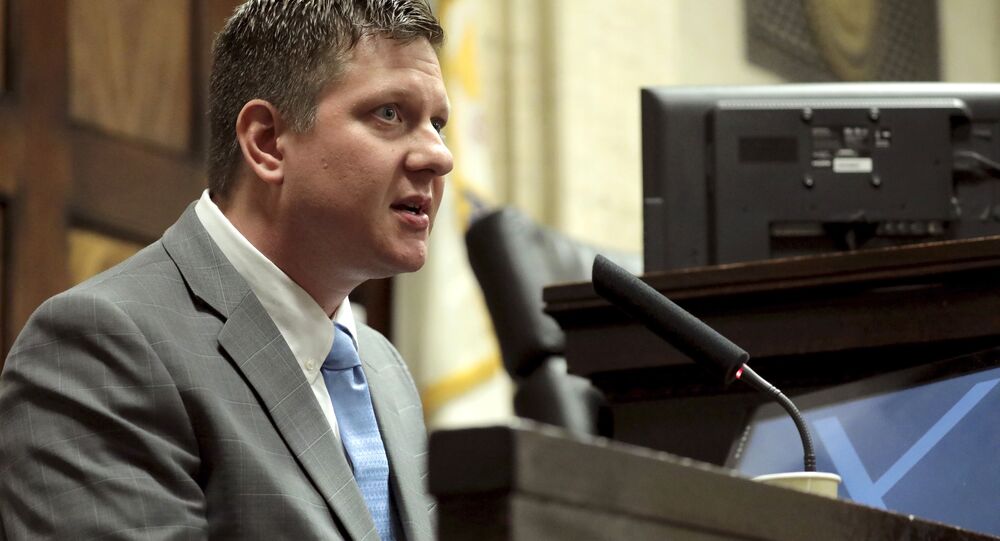 A guilty verdict has been reached in the trial of Chicago police officer Jason Van Dyke, who fatally shot black teenager Laquan McDonald 16 times as the teen was walking away from him. The slow rollout of the facts of the case and revisions to the official narrative sparked massive protests across the city with the cry “16 shots and a cover-up.”

Before the verdict was announced, the judge in the case warned that anyone making any kind of scene or outcry during the announcement of the verdict would be arrested immediately. "So I don't want anyone second-guessing them. They've done an outstanding job," he said of the jury. Protests were expected to sweep the city had Van Dyke been found not guilty.

Van Dyke was found guilty of second-degree murder and 16 counts of aggravated battery — one for each bullet he shot McDonald with. He was found not guilty on a misconduct charge.

The officer — who was suspended from the Chicago Police Department pending the outcome of the criminal trial — was denied bail and taken out of the courtroom in handcuffs. Second-degree murder charges typically carry prison sentences of under 20 years.

The judge told the courtroom that he appreciated everyone's participation in the trial on both sides — the supporters of Van Dyke and those of McDonald. He also thanked the press, whom he said increased the transparency of the trial.

Van Dyke fatally shot McDonald on October 20, 2014. While the misconduct charge against Van Dyke was not upheld, many in the city accused the police department, the mayor and the district attorney of engaging in a cover-up. Police initially said that McDonald lunged at them and waved a knife at them before they fired, but dashcam footage released more than a year later showed he did not and was walking away from officers. The switch knife McDonald was holding was found closed at the scene. In April of 2015, Van Dyke was charged with murder — the first officer to face such a charge in 35 years of Chicago history over an on-duty killing.

The only video of the incident that did not come from police was taken by a surveillance camera at a Burger King fast food restaurant. After the shooting, officers entered the restaurant and were seen using their computers. However, an 86 minute gap in the footage during the time of the shooting was discovered by police investigators the following day.
...
Reddit
Google+
Blogger
Pinterest
StumbleUpon
Telegram
WhatsApp
292
Tags:
Chicago, Police Abuse, excessive force, Chicago Police Department, police brutality, Chicago Police Department, Officer Jason Van Dyke
Community standardsDiscussion