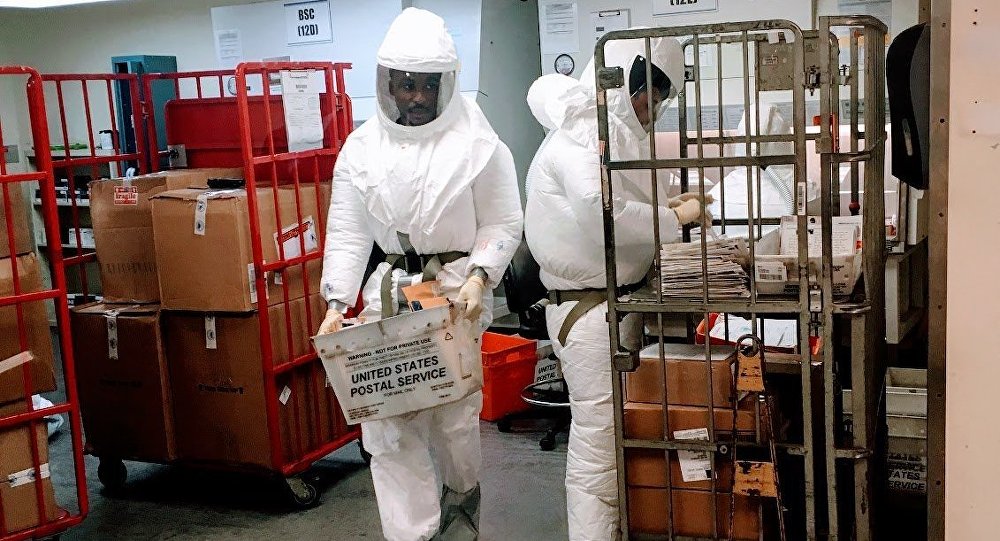 The contaminated packages were reportedly sent to the Pentagon, White House and Senator Ted Cruz's office in Texas.

A former US Navy serviceman is suspected of sending packages with ricin, Fox News reported, citing officials. According to the media, the packages, at least two of which tested positive for ricin, were sent to the Pentagon, the White House and Senator Ted Cruz's office in Texas this week. The media claims that this was part of a coordinated effort.

​As the officials specified to the media, one of the envelopes, addressed to Defense Secretary James Mattis or the Navy's top officer, Admiral John Richardson, included a return address, which led investigators to believe that it came from a sailor, whose name has not been disclosed.

The report did not identify the officer, given that the investigation into the incident is ongoing. Both packages that tested positive for ricin are now at the FBI's disposal for further testing.

The two suspicious envelopes that initially tested positive for Ricin were addressed to Secretary of Defense James Mattis and to Chief of Naval Operations, Admiral John Richardson, a defense official tells CNN https://t.co/wR9HXh8Sbf

​On Tuesday, the US Secret Service announced that the day before it had received a "suspicious envelope" addressed to President Trump. The agency said that the envelope "was not received at the White House, nor did it ever enter the White House."