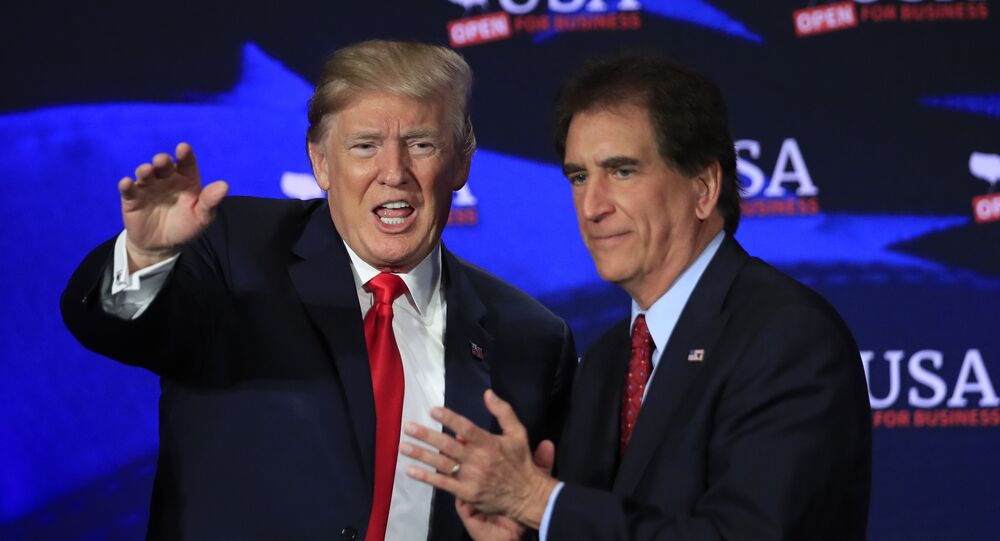 US House of Representatives member and Senate candidate Jim Renacci (R-OH) was revealed to be soaring the skies in a private plane owned by a strip club owner while on the campaign trail - by his own filings with the Federal Election Commission (FEC).

Renacci wrote in his FEC filings that his campaign spent some $2,500 on private travel with one Don Ksiezyk, the owner of the Peek-A-Boos and Bug-A-Boos strip clubs in Cleveland, Ohio.

Renacci's campaign representatives have refused to comment to multiple media outlets on a number of topics.

But the candidate, a vocal supporter of US President Donald Trump, has used the plane — which is piloted by the strip club owner — at least three times to attend campaign events in his state, according to a review by the Columbus Dispatch of flight records.

"The Dispatch has sadly hit a new low by publicly shaming a private citizen and Renacci campaign volunteer while giving a pass to Senator Sherrod Brown on his record of domestic violence," campaign spokeswoman Leslie Shedd said in a statement. The two-term incumbent Sherrod Brown, whom Renacci is seeking to oust, was recently accused of domestically abusing his first wife in the 1980s by a self-proclaimed "independent" organization — with ties to the Republican Party — called "#MeTooOhio," the Dispatch reported.

Brown's ex-wife, Larke Recchie, said in a statement, "This isn't the first time someone has gone after my family to score cheap political points," adding, "I've already addressed this matter."

Recent polling from NBC News/Marist College shows that Renacci is trailing Brown by double digits, despite support from GOP heavyweights like Donald Trump Jr., who has fundraised for Renacci.

Woodward's Book Might Affect Undecided Voters Ahead of Midterms – Commentator