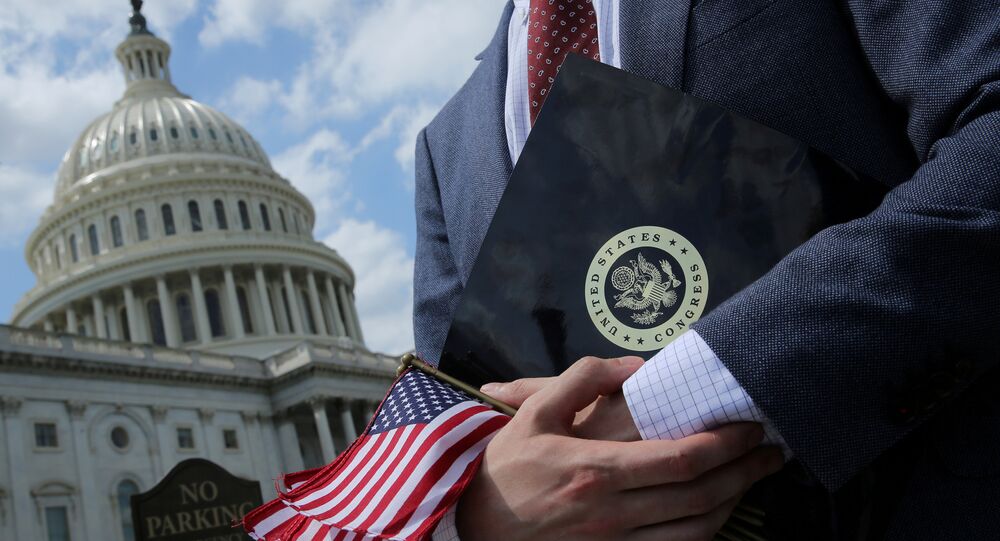 Senator Rand Paul's push for the elimination of Ukraine-related sanctions on Russian lawmakers failed as he turned out to be the only member of the foreign relations panel to have voted for it.

Rand Paul was the only lawmaker of the 21 senators on the committee to vote for this amendment that would remove sanctions against Russian lawmakers if Moscow scrapped its measures against US lawmakers.

Senator Bob Corker, chairman of the Foreign Relations Committee, explained that Paul's push was "soundly defeated for obvious reasons." "The sanctions were put in place because these members of the Duma voted to authorize [Russian President Vladimir] Putin to invade Ukraine and take Crimea. Nothing has changed there," he said.

This comes a day following a statement by Konstantin Kosachev, the head of the International Affairs Committee in Russia's upper house, who is himself sanctioned by the US in relation with the Ukrainian crisis and Crimea's reunification. He said on Thursday that Russia was ready to eliminate sanctions against American lawmakers "on a mutual basis," adding that current restrictions stood in the way of inter-parliamentary dialogue.

Rand Paul was part of a group of American lawmakers who visited Moscow in August in order to restore ties between Washington and Moscow; he also invited Russian MPs to Washington in a bid to start a constructive dialogue.

Previously, Paul also claimed that he would ask President Donald Trump to lift the sanctions imposed on certain Russian officials, so they could visit the US for talks. The Kentucky senator said that senior Russian lawmakers were ready to visit Washington, noting, however, that "the chairman of each of the committees is banned from coming to the US because of sanctions."

Turkey Will Not Join US Sanctions Against Iran - Foreign Minister