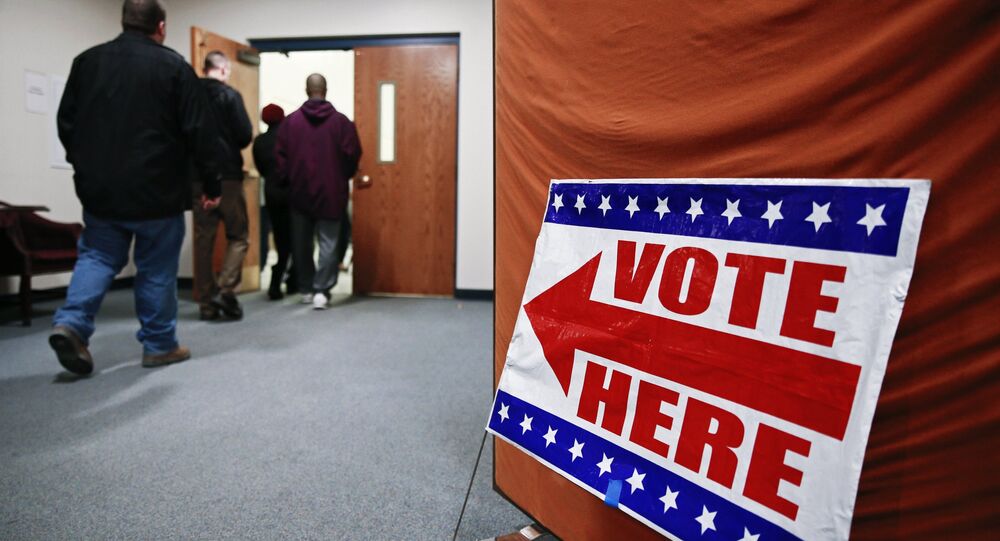 WASHINGTON (Sputnik) - US voter enthusiasm is at a record high for midterm congressional elections, six weeks before the contests are held, the Pew Research Center said in a report.

"[V]oter enthusiasm is at its highest level during any midterm in more than two decades. And a record share of registered voters — 72 percent — say the issue of which party controls Congress will be a factor in their vote," the report said on Wednesday.

© REUTERS / Mike Blake
Google Can 'Shift Up to 12 Million Votes' in 2018 Midterm Elections
The three top voting issues in the election were the composition of the US Supreme Court, health care and the economy, the report explained. Also, opinions about President Donald Trump continue to be an important consideration for voters, Pew said.