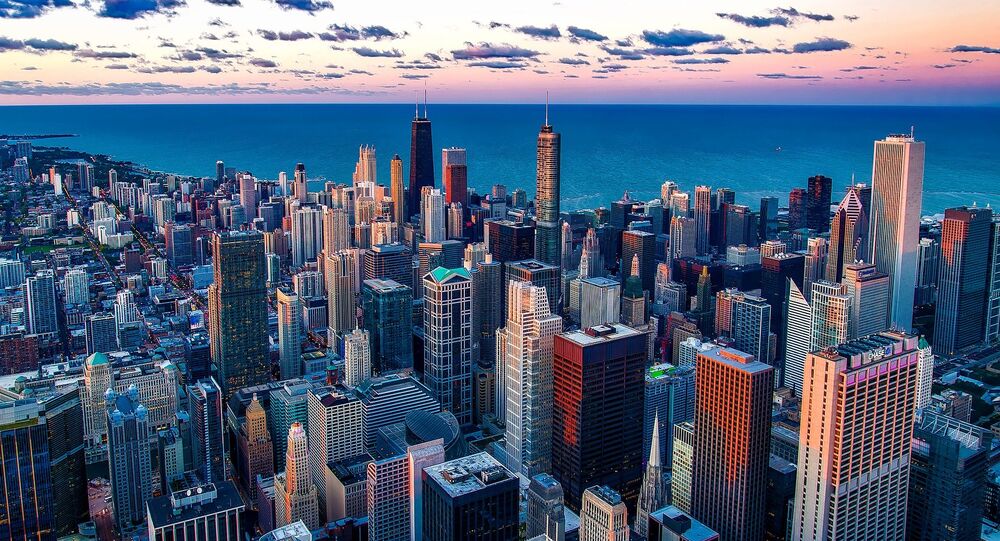 Chinese National in US Military Arrested for Acting as Foreign Agent

A Chinese national who arrived in the US on a student visa and studied at the Illinois Institute Technology has been arrested for allegedly "working at the direction of a high-level intelligence officer" in the Ministry of State Security for China, the US Justice Department announced Tuesday.

"According to the complaint, Ji was born in China and arrived in the United States in 2013 on an F1 Visa, for the purpose of studying electrical engineering at the Illinois Institute of Technology in Chicago. In 2016, Ji enlisted in the US Army Reserves as an E4 Specialist under the Military Accessions Vital to the National Interest (MAVNI) program, which authorizes the US Armed Forces to recruit certain legal aliens whose skills are considered vital to the national interest," the Justice Department said in a press release.

© Sputnik
Spy Against Spy: US Claims CIA Agent Exposed Its Operations in China

When applying to the MAVNI program, Ji specifically denied having had contact with a foreign government within the past seven years, and later failed to disclose his relationship and contacts with the Chinese government in an interview with a US Army officer, the charge alleges.

The US Army's military intelligence unit, the Federal Bureau of Investigation, and the US Attorney's Office in Illinois worked on the case. Ji was due in court at 5 p.m. Eastern Time on Tuesday. While Ji remains innocent until proven guilty, he could face up to 10 years in prison, the Justice Department noted. Ji is being charged with one count of acting as an agent of a foreign government without notifying the Justice Department.

According to an FBI special agent's affidavit, Ji scouted eight "naturalized US citizens born in Taiwan or China now living in the United States. All eight individuals either currently worked in or were recently retired from a career in the science and technology industry, including several individuals specializing in aerospace fields." Ji also obtained background reports from Intelius, Instant Checkmate and Spokeo before sending these reports to an unknown email address, which was then forwarded to an unnamed Chinese intelligence officer. Ji described this information as "eight sets of midterm test questions for the last three years," the affidavit noted.

"Based upon my training and experience, it appears that Ji was tasked by Intelligence Officer A to provide him with biographical information on eight individuals for possible recruitment… Ji attempted to cover up the work he was doing on behalf of Intelligence Office A by misrepresenting the contents of the attachments, calling them 'Midterm Test Questions' rather than stating the true contents of the email — background checks on ethnic Chinese working as engineers and scientists, including for cleared US defense contractors," said the FBI special agent investigating the case.