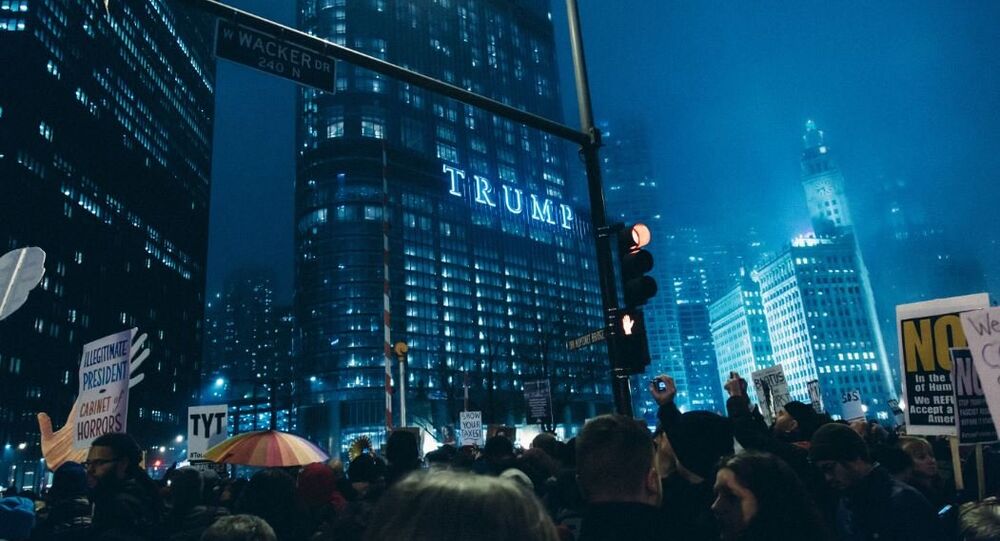 Poll: Majority of US Believes ‘The Resistance’ Is Active Within White House

According to a new poll, a majority of Americans believe the writer of the anonymous op-ed in the New York Times as well as Bob Woodward’s new book, which both portray an internal administrative state actively resisting the efforts of an elected American president.

The poll found that 55 percent of respondents to a SurveyMonkey poll commissioned by Axios believe the claims contained in the September 5 New York Times editorial "I am Part of the Resistance Inside the Trump Administration," and in Woodward's work, "Fear: Trump in the White House."

Pollsters surveyed 2,173 adults in the United States. Survey respondents were prompted: "As you may know, a new book by Bob Woodward and a recent anonymous New York Times column from a senior official both claim there is significant resistance to President Trump from within the White House. Do you believe these reports?"

The NYT editorial claimed that Trump's dispositions are "generally anti-trade and anti-democratic"; the root of Trump's problems is his "amorality"; and that he lacks "any discernible first principles that guide his decision making."

The article also lays out what it calls a "two-track presidency" in the White House's foreign policy. For instance: Trump campaigned in part on noninterventionism abroad, yet conflicts in Syria, Iraq, Afghanistan, Yemen and parts of Africa have continued unabated during his tenure. The NYT op-ed takes credit for these types of actions as the byproduct of "adults in the room" working to soften Trump's "misguided impulses."

"It is time," to withdraw US forces from Syria, Trump said in April. "It [the US military presence there] helps other countries a hell of a lot more than it helps us… I want to get out. I want to bring our troops back home." But his words have been so far to no avail: the US still maintains a presence in Syria — even shielding al-Qaeda days after the 17th anniversary of 9/11.

The op-ed received mixed reviews in Washington media circles. The Atlantic opined that with it, the GOP had co-opted "resistance" rhetoric, noting, "By aligning itself with just the language of progressive politics, the ‘resistance' within the administration attempts to both obscure its own complicity in Trump's various offenses and collect the spoils that proximity to him affords."

The Huffington Post called the piece "propaganda disguised as resistance." "It appears the writer is less afraid of a constitutional crisis and more afraid of a revolt within the GOP, the base of which still supports Trump by a huge majority."

In contrast to left-leaning appraisals, conservative media outlet Fox News speculated that the NYT anonymous writer "is a criminal who belongs in prison."

Interestingly, the poll reached this resounding affirmation of Woodward's book within 48 hours of the book's release. "Fear" hit bookshelves on September 11; Axios and Survey Monkey say the poll was conducted September 12 to 13. Unless the participants were voracious readers, it appears respondents based their views primarily on media reports, which emerged in late August as excerpts from the book surfaced and did not relent until the book hit the shelves.

"These first week sales for ‘Fear' were the largest for any title in Simon & Schuster company history," the publisher said Tuesday.

According to the poll's stated methodology, participants were not asked if they had read the book, even though they were asked whether they believed its claim there was a quiet resistance working inside the White House against Trump.

SurveyMonkey, it should be noted, was among the crowd of pollsters that wrongly predicted Democrat Hillary Clinton would defeat Trump in the 2016 presidential elections. The polling firm haphazardly reported "the Democrat has advantages across all battlegrounds in final hours."

Erdogan: It Is Necessary to ‘Resist Separatist Efforts’ in Syria

Both GOP, Dems Resist Anything Impinging on Their Power, Prestige - Columnist