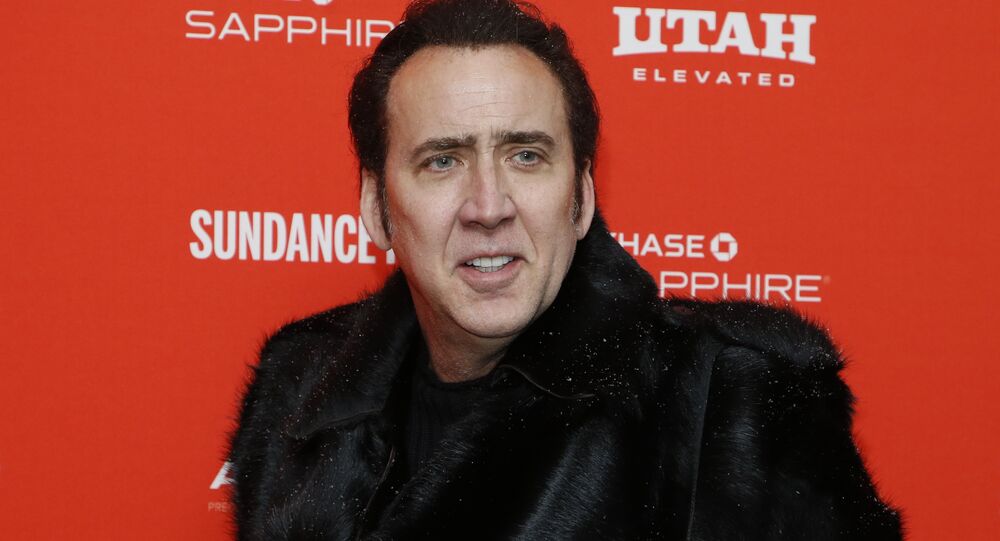 The actor's expressive mimics have inspired a wide range of viral images, with his weird faces being Photoshopped onto all kinds of things. Nicolas believes that these memes have done no good to his new film.

In an interview with the film review and news site Indiewire, Oscar-winning American actor Nicolas Cage argued that online homages to his work known as "Cage Rage" memes harm him and the directors he works with.

Nicolas Cage thinks the Cage Rage memes are a “disservice” to his new film https://t.co/9ptdsF22rA pic.twitter.com/YywM9aESIu

Nicolas Cage memes are by far the best pic.twitter.com/8BAKDHWaCk

"I'm sure it's frustrating for Panos, who has made what I consider a very lyrical, internal, and poetic work of art, to have this ‘Cage Rage' thing slammed all over his movie," he said, referring to Panos Cosmatos, the director of "Mandy," a dazzling revenge thriller starring Nicolas Cage that came out last Friday.

Despite all my rage I am still just Nicolas Cage. pic.twitter.com/7abffShKkl

"It's one thing for me, because I'd like to think I could continue to work with Panos, but the internet has kind of done the movie a disservice," he insisted, adding that his famous over-the-top theatrical expressions have been inspired by the German Expressionistic style of acting, or the Western kabuki.

The King Of All Memes: The 50 best Nicolas Cage memes for his 50th birthday: http://t.co/O45yWKFsKa pic.twitter.com/ciNV8wpi7h

The 54-year-old actor, director and producer, best known for his edgy roles in "Vampire's Kiss," "Wild at Heart," and "Leaving Las Vegas," bemoaned that internet memes with somewhat creepy shots of his face are taken out of context.

Wishing I had a better mage pic.twitter.com/PJrGFqFqBV

Despite all his rage, it's still just a rat that looks like Nicolas Cage#GetsNicCageTurnt pic.twitter.com/ybE3yFQOam

Cage went on to claim that he had put up with the idea of video-on-demand. While admitting that he wanted to fulfill his acting ambitions on the big screen, he stressed that the VOD format has been "very successful" for him and that he has embraced it.

It's Nicolas Cage's birthday. A very happy 50th to the King of Internet Meme. pic.twitter.com/gTA2ulmRiz

According to him, video-on-demand media services have enabled him to make movies that would normally not get made. "Studios are primarily concerned with sequels and comic books, which is fine, but they're not going to be making a movie like ‘Mandy.' Video-on-demand has provided filmmakers the chance to get edgy and challenging scripts made."

The creepy Nicolas Cage Meme has to stop. I have nightmares from one @robertjbennett sent me. http://t.co/aDW8PVQqat pic.twitter.com/jJ1jCId5ai

'How Do You Like It, Elon Musk?' – Russian Meme Growing International, Explained