The current White House and its seemingly endless parade of scandals bears an uncanny resemblance to the crimes of the Nixon era.

On Friday, the remblance was again confirmed after John Dean, former counsel to President Richard Nixon, told Senators at the Brett Kavanaugh confirmation hearings that US President Donald Trump's power is 'unchecked' by other branches. 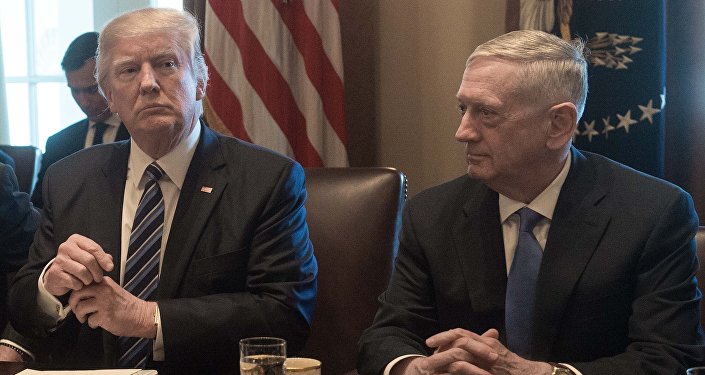 In Dean's testimony, the former Nixon White House counsel noted that if Supreme Court nominee Brett Kavanaugh is confirmed and Trump is to shoot someone on New York's Fifth Avenue — as Trump cruelly joked in 2016 — the president could easily get away with the crime.

'Under Judge Kavanaugh's recommendation, if a president shot someone in cold blood on Fifth Avenue, that president could not be prosecuted while in office," Dean observed during his testimony.

"The fact that we have a president who is unchecked right now by other branches makes it particularly timely to be worried afresh about Kavanaugh's positions on many cases that would enhance presidential powers," Dean warned.

Dean was called by Democrats on the committee to serve as one of many witnesses during the ongoing Kavanaugh hearings this week.

Dean served as Nixon's White House counsel between 1970-1973 and at the time testified before Congress that Nixon was directly involved in the Watergate scandal, which occurred in 1971, when five men broke into the Democratic National Committee headquarters at the Watergate office complex in DC.

Nixon and his administration went to great lengths to cover up their involvement, although the evidence clearly pointed back to the White House, particularly as the five thieves apprehended stealing documents and wiretapping phones had been employed in Nixon's reelection campaign.

"There is now arguably a cancer on the presidency as malignant and metastasizing as there was [during Watergate]. Correct?" Senator Richard Blumenthal (D-CT) inquired of Dean on Friday, cited by NBC News.

"Yes, I would agree with that," Dean responded.

Kavanaugh has also not been properly vetted, according to Dean, who noted on Friday that several documents regarding the justice have been withheld from the Senate and the public.

"Because of the withholding of documents, Judge Kavanaugh may be traveling the same path as Rehnquist and Thomas," Dean said.

"Frankly, I'm surprised that Judge Kavanaugh is not demanding that every document that he ever handled be reviewed by this committee," the former White House counsel noted.

"Unless, of course, there's something to hide."