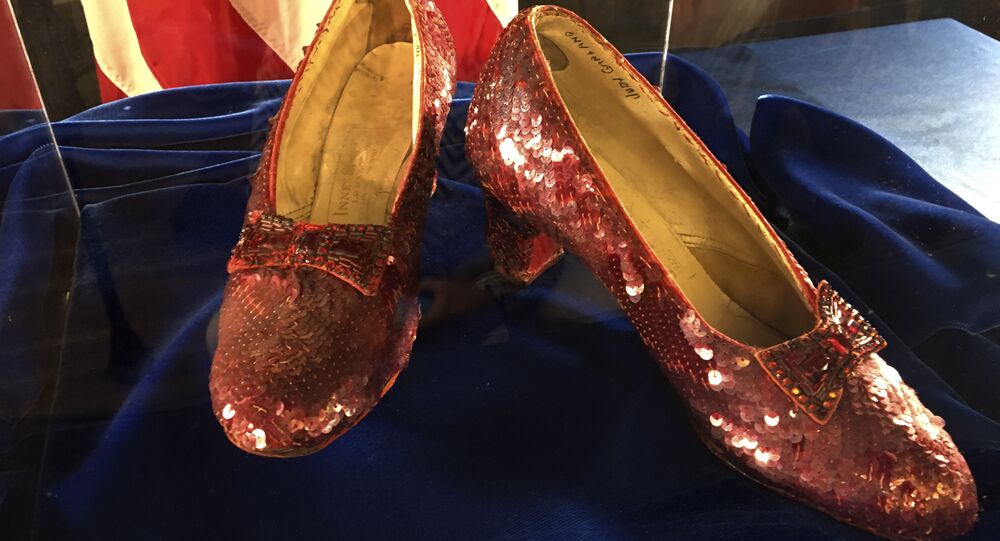 The Wizard of Oz movie dates back to 1939 when it hit box offices across the US and grabbed a spate of Academy Awards, including the Oscars for best picture and best cinematography.

Iconic ruby slippers worn by American actress Judy Garland in the Wizard of Oz have finally been discovered by the FBI, more than a decade after they were stolen from a museum in Minnesota.

Unveiling the shoes at a press conference, the FBI singled out a "credible" tip which helped them recover what are thought to be among the most valued props in movie history.

#BREAKING: The FBI's found Dorothy's Ruby Slippers, 13 years after they were stolen from the Judy Garland Museum.

According to @USATODAY, they are 1 of 4 known to exist, insured for $1M & used for close-up shots like ⬇️⬇️⬇️

"Our top priority was the safe recovery of the slippers," FBI special agent Christopher Dudley said, adding that law enforcement agencies "are still working to ensure that we have identified all parties involved in both the initial theft and the more recent extortion attempt for their return."

THEY FOUND THE RUBY SLIPPERS pic.twitter.com/mLeysIGaFC

The slippers were taken from the Judy Garland Museum in Grand Rapids, Minnesota in 2005, when a suspected thief reportedly broke in through a window late at night.

I am so happy to announce, Dorothy's ruby slippers from "The Wizard of Oz" have finally been found!! 13 years later after being stolen from the Museum in Grand Rapids, Minnesota. pic.twitter.com/GN5HY1V9Yy

In the film, Garland's character Dorothy had to click the heels of her slippers three times and repeat "there's no place like home" to return to her native Kansas after a tornado hit her farm and carried her house away to the fabulous Land of Oz.