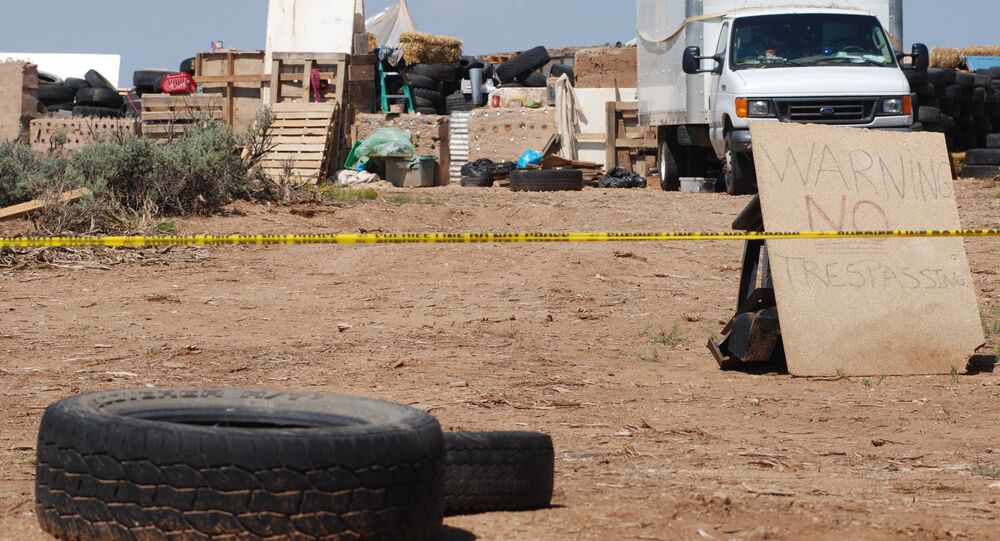 The Federal Bureau of Investigations announced on Friday that they arrested all five members of a "extremist Muslim" group on firearms and conspiracy charges.

Three of the people involved were allowed to walk free from jail on Wednesday after a legal technicality forced the judge to let them go, while the other two stayed in jail. The FBI said in a statement that the arrests were conducted "without incident."

The compound, a shantytown deep in the New Mexico desert, was discovered on August 3. Authorities found 11 children between one and 15 years old languishing in squalid conditions. They were the "saddest living conditions and poverty I have seen," said the local sheriff, Jerry Hogrefe.

The decomposed body of a boy was also found. Children at the compound told investigators that the boy, who had suffered from seizures in life, died during a religious ritual "intended to cast out demonic spirits."

The cult patriarch, Siraj Wahhaj believe the child to be possessed by the devil, according to the boy's mother, who lives in Georgia. Wahhaj is accused of kidnapping the 3-year-old in December.

According to in-court statements from an FBI agent on the case, the other children were told that the deceased child would come back to them reincarnated as Jesus, and would consequently tell them to shoot up specific school facilities. The children were forced to undergo training with assault weapons to commit such acts of mass violence, according to documents presented by the prosecution in court.

The two adult men found were "heavily armed," Sputnik News reported. Three women were also found who believed to be mothers to the children.

Siraj Wahhaj and his wife were the two who were kept in jail despite the technicality. Wahhaj's father, an extremist imam who shared a name with his son, was an unindicted co-conspirator in 1993 bombing of the World Trade Center in New York City. Other people at the compound are believed to also be related somehow.

One of the defendants arrested by the FBI on Friday, 35-year-old Jany Leveille, was "illegally present in the United States," the Bureau said. The accused will see their first day in court on September 4.