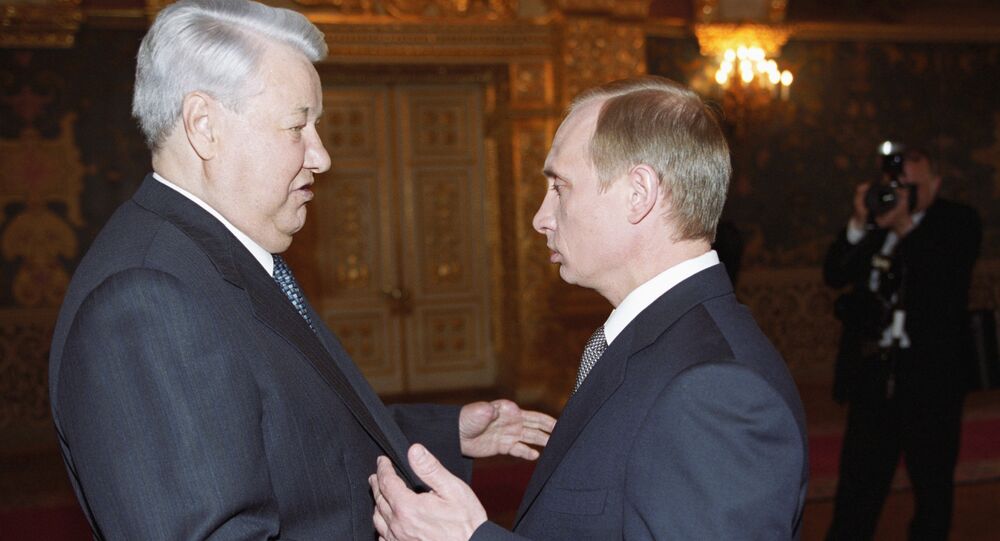 WASHINGTON (Sputnik) – Russia’s then-President Boris Yeltsin told his US counterpart Bill Clinton in 1999 that he had picked Vladimir Putin to succeed him as the next Russian president, declassified documents published by the Clinton Presidential Library showed.

In a phone call transcript dated September 8, 1999, Yeltsin sought to fill Clinton in on his pick for president ahead of the US president's meeting with Putin. "I am very much convinced that he will be supported as a candidate in the year 2000. We are working on it," Yeltsin said.

Yeltsin also confessed he had spent a lot of time looking for the right candidate. "Finally, I came across him, that is, Putin, and I explored his bio, his interests, his acquaintances, and so on and so forth," he said.

© Sputnik / Mikhail Klimentyev
Vladimir Putin's Surprise Visit to Hmeymim Airbase Amid Victory Over Daesh
14
Yeltsin described the then 46-year-old as a "solid man who is kept well abreast of various subjects under his purview." "At the same time, he is thorough and strong, very sociable," he added.

"I am sure you will find him to be a highly qualified partner," Yeltsin said.

Clinton and Russia's then prime minister met on the sidelines of the Asia-Pacific Economic Cooperation (APEC) summit in Auckland, New Zealand, on September 9-12, 1999, where they shook hands.

READ MORE: 'Yeltsin Never Gave a Damn About Accepting Crimea Back Into Russia'

In a later conversation in 1999, Clinton asked who would win the election. "Putin, of course," Yeltsin predicted. "He will be the successor to Boris Yeltsin. He's a democrat, and he knows the West."

© REUTERS / Alexander Nemenov/Pool
President Vladimir Putin's Highlights in Office
He also referred to Putin as a tough person who would stay on the path towards democracy, economic development and forging new ties on Russia’s behalf.

Putin was first elected as president in 2000 and re-elected in 2004. He was barred by the Russian Constitution from running in 2008 and assumed the post of prime minister. That same year, the Constitution was amended to extend the presidential term to six years. In 2012, Putin once again became president of Russia. After another six years in office, he won re-election in March with 76.69 percent of the vote.