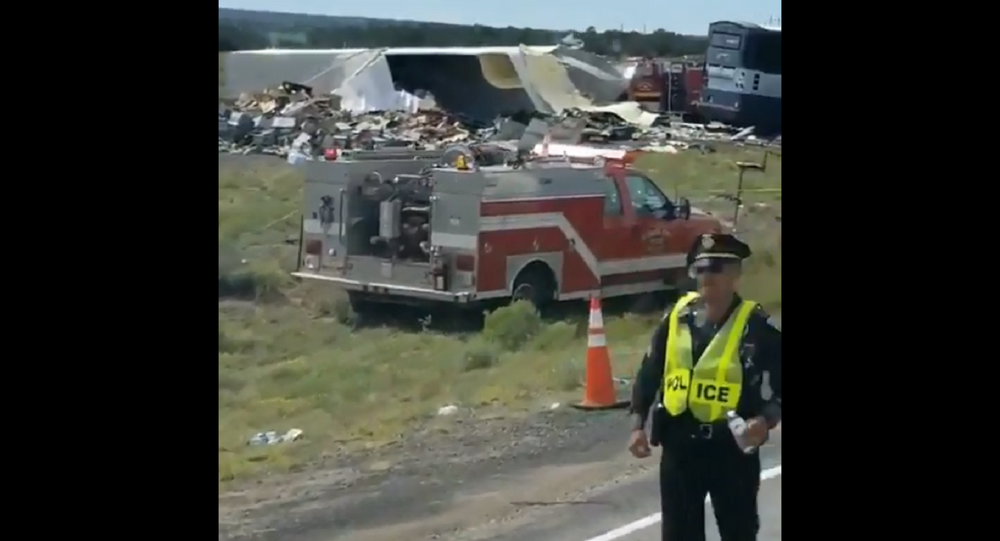 A Greyhound commercial transportation bus traveling westbound from Albuquerque, New Mexico, to Phoenix, Arizona, crashed with 47 people on board on Thursday, resulting in multiple fatalities, according to local police. Multiple serious injuries are also reported.

The bus crashed with a semi-trailer truck on the Interstate 40 highway near Grants and Gallup in New Mexico.

Videos from the scene show the contents of the truck spilled out on the side of the road, and the front right-hand side of the Greyhound bus torn off.

Footage shown on television shows emergency workers at the scene using ladders to enter the bus through its windows. Local media reports that the crash occurred around 1 p.m. local time, which is around 3 p.m. on the East Coast of the United States.

A hotline has been established for family members of the passengers who may be seeking information, state police announced on their Twitter page.

Greyhound spokeswoman Crystal Booker told media that it is unclear what caused the crash.

Two hospitals said they were told to expect patients. One was told to be ready to receive eight; another six.