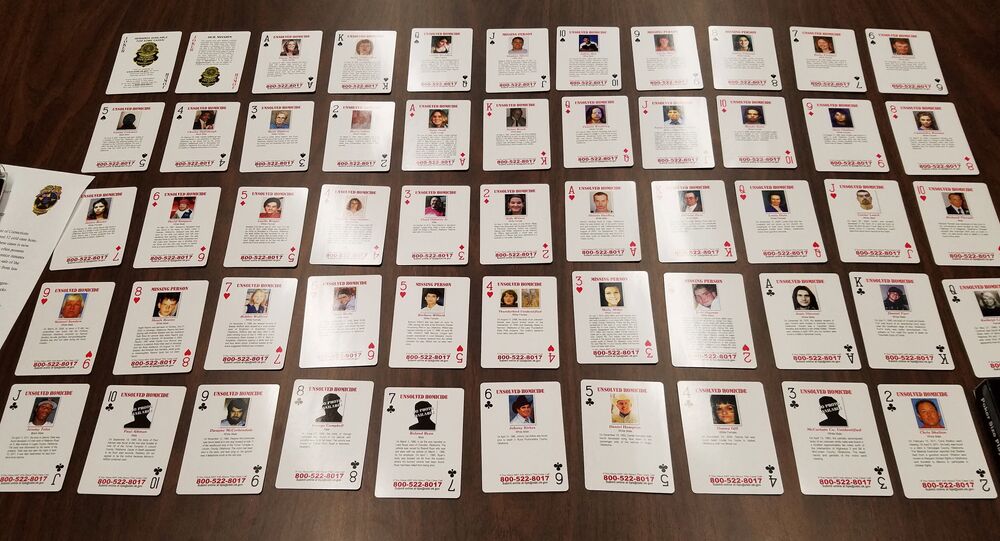 After trying to appeal to the community via social media to help cops investigate crimes, the authorities in one of the US states have reportedly developed a new strategy to get tips for unresolved cases.

Decks of playing cards that are being sold annually to inmates by the Delaware Department of Correction will know feature names, pictures and stories of victims of unresolved murder cases, according to WHYY, a media outlet.

"The families should know and the people of this county and state should know that every police agency is working together collaboratively, with the Department of Correction, with CrimeStoppers, using the most innovative strategies that we find anywhere in the world to bring these individuals that are out there to justice," New Castle County Executive Matt Meyer said.

The idea of using playing cards to obtain assistance in dealing with unresolved cases was implemented by Delaware authorities after observing a similar initiative in Connecticut where it helped solve about 20 homicide cases.

"Without any question, myself and the command staff agreed to it, that we would move forward and make this project become a reality," Bond said.

Last year, New Castle County also created a Facebook page in hopes of getting tips from the public that might help solve the so called ‘cold cases.’