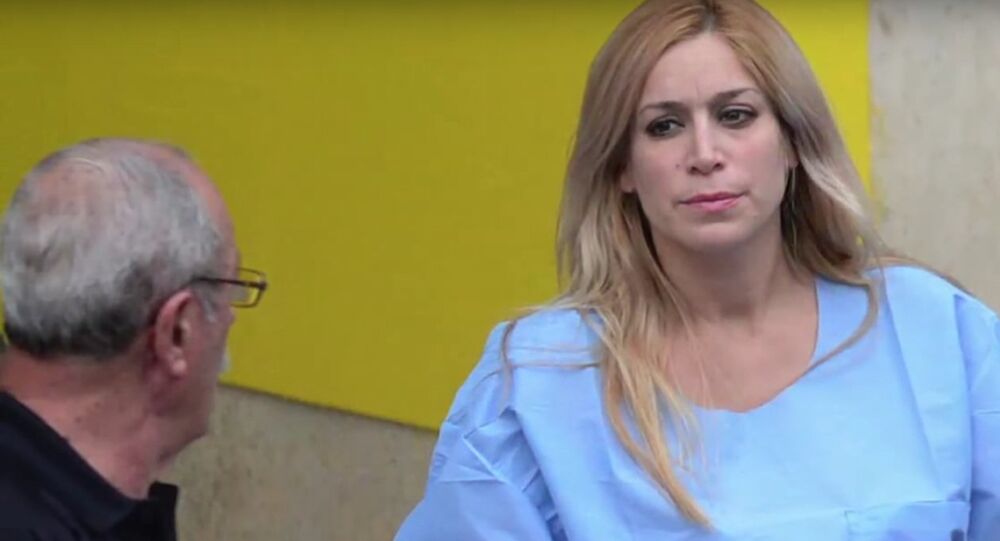 After Aurea Vazquez Rijos’ husband was murdered in broad daylight back in 2005, she lost no time fleeing to Italy and Spain in search of extradition immunity.

A former beauty pageant winner from Puerto Rico, 38-year-old Aurea Vazquez Rijos, has appeared before a US court for hiring a man to murder her millionaire husband back in 2005, after years of a legal battle, when she evaded justice by fleeing to Italy and then Spain. The trial began on Tuesday and may take several days.

According to prosecutors’ indictment, Rijos, frequently referred to in the media as “black widow,” had agreed to pay a hitman a staggering sum to kill her husband, 32-year-old Canadian Adam Joel Anhang, in September 2005.

“Shortly after getting married, Anhang began to explore the possibility of divorcing the accused,” the BBC cited the prosecution as saying. Under the couple’s prenuptial agreement, as a widow, she could claim a bigger compensation from her late husband’s $24-million estate, than in the event of a divorce, which would deprive her of access to his millions.

After Anhang, a gaming and real estate tycoon was brutally stabbed to death on a street in downtown San Juan having been summoned to a nearby restaurant presumably to negotiate divorce with his wife, Rijos left the country. It was the father of her late husband who used private detectives to track her down in Italy, while back in Puerto Rico, a man was falsely convicted of murdering Anhang.

In 2008, a federal grand jury indicted Rijos on two murder-for-hire related counts after a man suspected of being the street assailant confessed to the killing. In a statement presented during a court hearing, Alex "El Loco" Pabón Colón said that Rijos had agreed to pay him $3 million when they talked through her husband's killing at Vázquez's Pink Skirt nightclub and restaurant, a business project which Anhang had given her on their wedding day.

In the meantime, Rijos settled in Italy, where she could not be extradited to the US because she claimed she faced the death penalty at home, and lived together with her new husband and two kids. After the Italian father of the twins left her due to reading about his wife’s being on the run since 2008, she even attempted to enter the Jewish community using false paperwork to leave for Israel as an Israeli citizen.

Shortly afterwards, the FBI and Spanish authorities conducted a sting operation, luring Rijos to Madrid with a fictitious job offer as a tourist guide, and then and arrested her at the city’s airport, prompting a new battle against extradition to her home country. While jailed in Spain, she became pregnant and married a convict, arguing she could not be separated from her third child. However, in 2015 she was finally extradited to Puerto Rico, her trial has been delayed until now due to multiple legal complications and hurricane Maria, which devastated the country in 2017.

Prosecutors signed a sworn affidavit to Spanish authorities that they would not seek the death sentence in the case, a condition for the final extradition agreement, adding that “Áurea is likely to get the lightest sentence of all the accused because she fled and waited to be extradited from a country which placed conditions on her transfer back to the United States to face justice.”