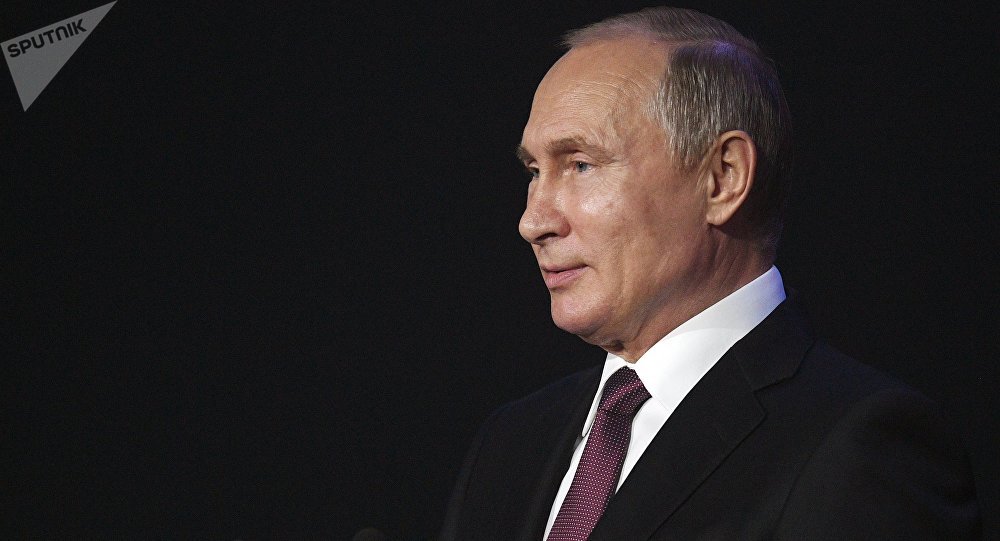 Katie March, an aide to the Colorado House speaker, has been disciplined after sneaking an activist into the state Capitol for what she called a "harmless prank." The stunt was apparently inspired by reports that no money had been raised to hang Donald Trump's portrait alongside his predecessors.

According to 9News, Katie March, an assistant to Speaker of the Colorado House of Representatives Crisanta Duran, has been stripped of her security clearance after her role in a prank at the Colorado Capitol.

She has reportedly used her staff swipe card to let Alan Franklin, political director for the advocacy organization Progress Now, into the building. He then placed a large portrait of Russian President Vladimir Putin in a spot reserved for Donald Trump in the Hall of Presidential Portraits.

The picture was removed after Stephen Fenberg, Democratic State Senator from Colorado, posted a photo showing the portrait of the "next POTUS" in the Capitol, sparking an uproar on social media.

The staffer has issued a public apology for the stunt. "I saw this as a harmless prank but didn't think through the potential impact of my actions on our building security," she said. "I sincerely apologize to my colleagues and to the State Patrol for my actions."

The stunt apparently targeted Republicans, following reports that the organization that orders presidential portraits and has them hung in the state Capitol had raised $0 to for President Trump's portrait. The publicity that followed the prank helped Republicans quickly raise the required $10,000 to secure a Trump portrait to hang in the empty space reserved for it.