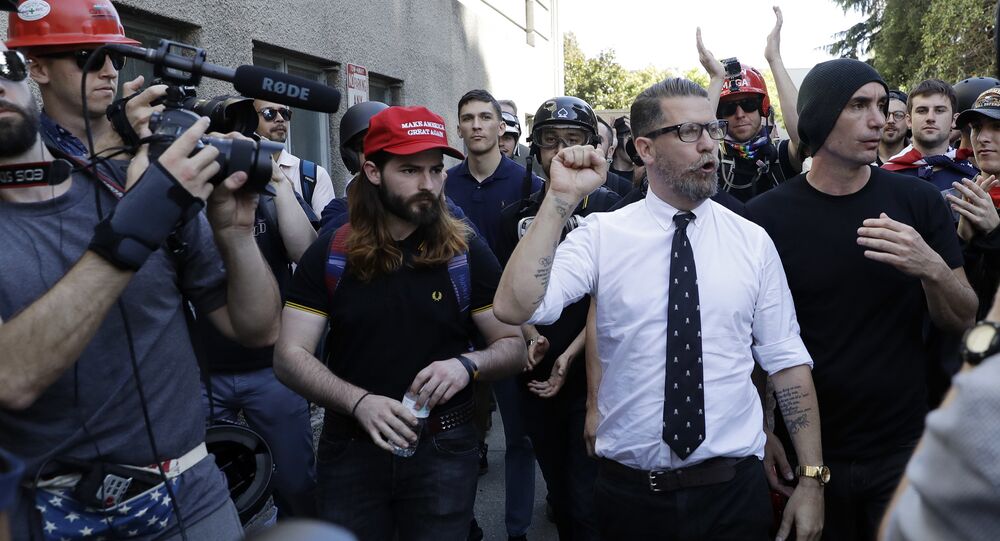 The group also had a major presence at protests in Portland, Oregon, on Saturday.

"We can confirm that these accounts have been suspended from Twitter and Periscope for violating our policy prohibiting violent extremist groups," a company spokesperson emailed Buzzfeed News.

The account for @ProudBoysUSA was verified by Twitter. At least seven Proud Boys affiliates were also banned, while six other associated accounts were nixxed as well. Some accounts linked to the Proud Boys remain active, however.

The founder of the Proud Boys, self-described "western chauvinist" Gavin McInnes, has promoted the notion that there is an active genocide against white people in the West.

McInnes left VICE News in 2008, a company he helped start as a magazine that published violent pornography.

The Proud Boys being booted from Twitter follows controversy over Twitter CEO Jack Dorsey's refusal to remove Alex Jones and his fringe "news" outlet InfoWars from after Apple, Facebook and YouTube banded together to ban the conspiratorial firebrand from their networks.

On Sunday, a number of far-right groups intend to commemorate the one-year anniversary of the deadly protests in Charlottesville, Virginia — this time taking to DC. In internal chat logs leaked by media collective Unicorn Riot, organizers of the DC protest bragged about successfully lobbying the Proud Boys to join them on August 12.

Expert on Ottawa-Riyadh Row: Discussions Need to Happen at UN, Not on Twitter