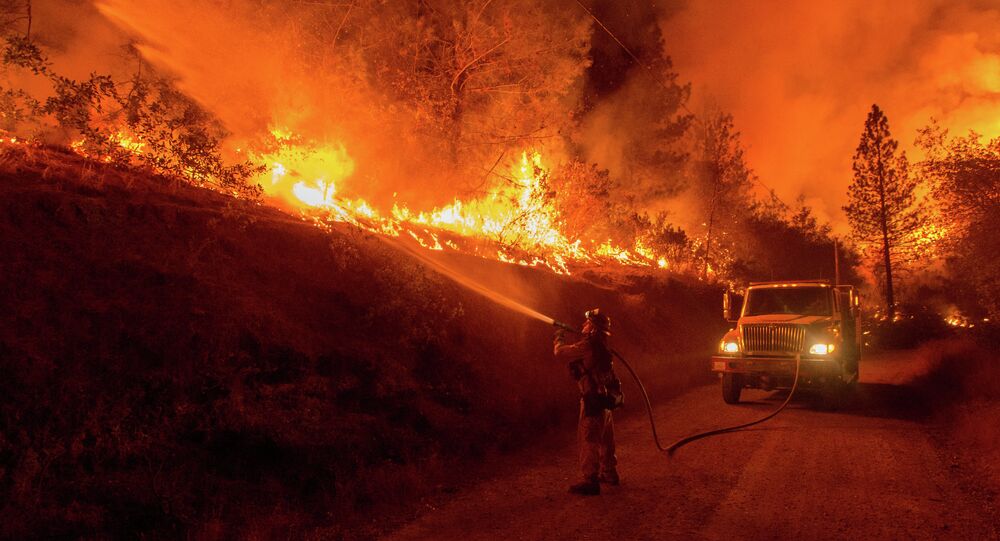 An out-of-control northern California wildfire that has destroyed some 70 homes has become the fifth largest in the state's history, officials said Sunday, as firefighters continued battling high temperatures and strong winds.

The California Department of Forestry and Fire Protection said that the blaze north of capitol Sacramento is just one of 17 major wildfires burning across the state, and that it increased 25 percent in size overnight, and had blackened nearly 400 square miles as of Sunday morning.

Ayeta is the seventh person to die in the blaze which has scorched over 154,000 acres in the scenic Shasta-Trinity region, including two young children and their great-grandmother whose home was overrun by flames and a resident who authorities said refused to leave his home despite evacuation orders. Two other firefighters have died as well.

US President Donald Trump blamed the northern California wildfire on Obama-era environmental legislation and urged that more trees be cut down to tackle the natural disaster.

ABC 10
WATCH: ‘Fire Tornado’ Spirals Through Massive California Wildfire
“California wildfires are being magnified & made so much worse by the bad environmental laws which aren’t allowing massive amount of readily available water to be properly utilized. It is being diverted into the Pacific Ocean. Must also tree clear to stop fire spreading,” Trump tweeted on Sunday.

According to the California Department of Forestry and Fire Protection, as of last week, California fires have torched some 290,000 acres (117,300 hectares), more than double the five-year average.