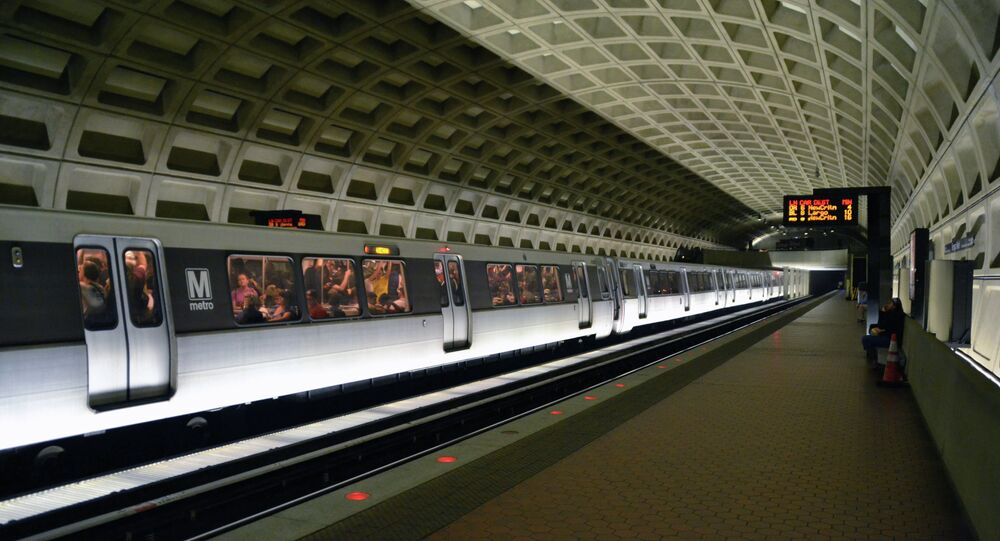 White supremacist demonstrators going to a rally in Washington, DC, may have exclusive rights over several subway cars, according to reports. The prospect was condemned by the union for Washington DC-area metro workers Friday.

Metro wouldn't speak to the rumor specifically, citing operational security, but said that the plan has not be finalized.

Sources told the Amalgamated Transit Union (ATU) Local 689 Friday that a group affiliated with the Ku Klux Klan will have exclusive rights to use three metro cars during the "Unite the Right 2.0" protests on August 11 and 12 in Washington, DC.

The rally, which will be in front of the White House, is meant to commemorate the anniversary deadly Unite the Right protest in Charlottesville, Virginia, which drew thousands of left-wing counter-protesters. One woman was killed and 19 people were injured by a man who weaponized his car and plowed through a group of lefty counter-protestors. Others were wounded in clashes with rally goers, many of whom were neo-Nazis and white supremacists.

The unnamed group in Unite the Right 2.0 will also get a police escort as it marches through the streets of DC and as it takes the train, WJLA reported.

Prior to the announcement, antifascist organizers already expressed that they were facing an uphill battle after Facebook removed the main event page for counter-demonstrations, which had some 3,000 people interested. Facebook removed the page because one of the six administrators on it had activity consistent with the allegedly Kremlin-run Internet Research Agency.

A local organizer, Brendan Orsinger, told Sputnik News Thursday that because of Facebook's ban, he doesn't think as many people will turn out to demonstrate as previously expected. As a result, the "safety" of "marginalized communities" is put at risk as a direct consequence of the social media company's move, he said.

"Local 689 is proud to provide transit to everyone for the many events we have in D.C. including the March of Life, the Women's March and Black Lives Matters," the transportation workers' union president, Jackie Jeter, said.

"We draw the line at giving special accommodation to hate groups and hate speech, especially considering that the courts granted Metro the ability to deny ads on buses and trains that are ‘issue-oriented,' we find it hypocritical for [Metro General Manager Paul] Wiedefeld to make these unprecedented special accommodations for a hate group."

Union members said they "have been informed and are encouraged to follow safety protocol in the presence of this hate group," if the rumor is true, noting that 80 percent of their members are people of color.

Metro responded in a statement to ABC7 News on Friday saying that "details of the plan are security sensitive at this stage," but that Metro "can tell you that it [the plan] has not been finalized."

They said they're "working collaboratively with law enforcement to ensure safe travel for our customers and employees" in the lead up to the protest.