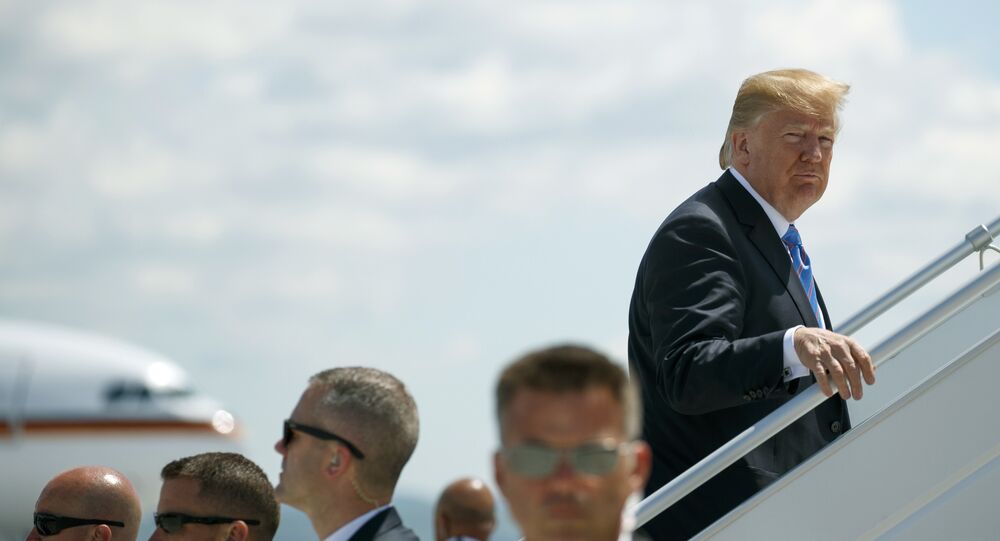 WASHINGTON (Sputnik) - The inspector generals of the Pentagon and Air Force should investigate whether US President Donald Trump allowed members of his private clubs to take private tours on board Air Force One, the presidential plane, four Democratic senators said in a letter published on Thursday.

The letter comes after US media reported in July that some members of Trump's Florida clubs appear to have been invited to join Air Force One Tours. At least two such tours appear to have taken place, according to the reports.

"Previous Presidents have provided friends and even campaign donors tours of Air Force One, but the reports that members of the President's private club may have received such tours are particularly troubling because their relationship to the President arises out of an ongoing business relationship with the President," the letter said. "If true, these reports could mean that the President or his family have used government property for private gain."

The lawmakers said such a use of Air Force One could represent a violation of federal ethics rules.

The United States of Government Ethics regulations outline the basic obligations of public service and require that federal officials "shall not use public office for private gain,” they explained. Moreover, federal ethics law prohibits the use of government property, including Air Force One, "for other than authorized purposes".

While ‘Air Force One’ can describe any Air Force aircraft that carries the US President, the term is now used with regard to certain planes equipped to transport the commander-in-chief, according to the White House.