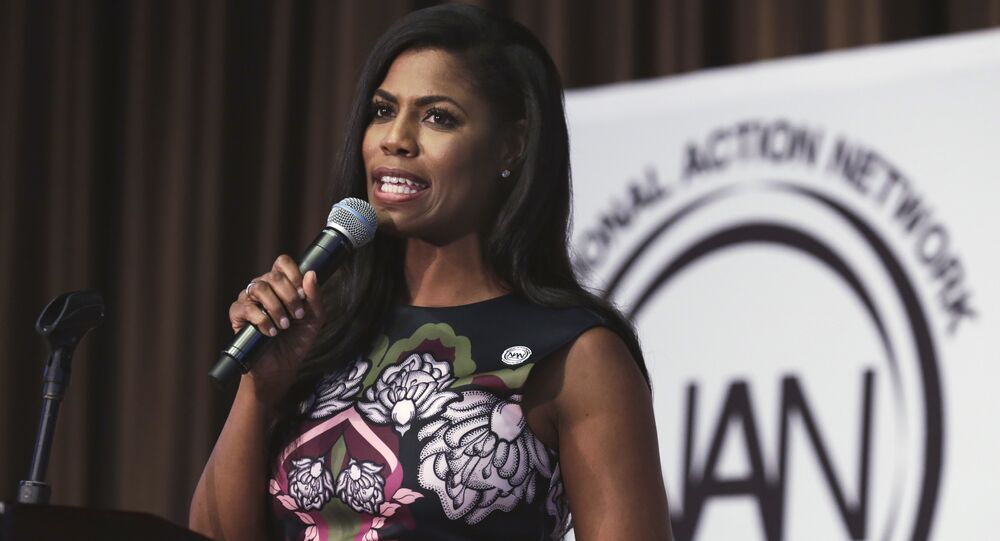 Omarosa Manigault-Newman, former "The Apprentice" contestant and erstwhile aide to US President Donald Trump, is about to unleash a "jaw-dropping" and "explosive" memoir that will detail her time in the White House before her sudden resignation (or dismissal?)

The book, dubbed "Unhinged: An Insider's Account of the Trump White House," will be released on August 14, publisher Simon and Schuster announced Thursday.

"Few have been a member of Donald Trump's inner orbit longer than Omarosa Manigault Newman," the announcement states. "Their relationship has spanned fifteen years — through four television shows, a presidential campaign and a year by his side in the most chaotic, outrageous White House in history."

"But that relationship has come to a decisive and definitive end, and Omarosa is finally ready to share her side of the story in this explosive, jaw-dropping account," it warns. Cue the dramatic music.

Following her departure from the White House, the 44-year-old returned back to the screen, joining in on CBS' "Celebrity Big Brother." During her time on the show, she painted a less-than-rosy image of the administration, saying she was "haunted" by Trump's tweets.

"I was haunted by tweets every single day," she said. "Like what is he going to tweet next? It's bad… it's not going to be OK."

45 has not yet tweeted about Omarosa's looming tell-all.