MOSCOW (Sputnik) - Russian diplomats on Thursday visited Maria Butina, a Russian national held in US custody on charges of being an unregistered foreign agent, the Embassy in Washington DC said on social media.

"Today, July 26, Russian Embassy staffers in Washington visited Maria Butina in jail…. [Maria] suggested she was being persecuted for her political beliefs," the statement on Facebook read. 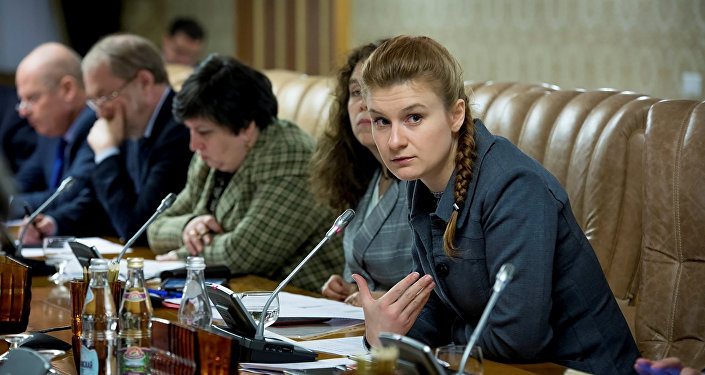 © REUTERS / Russian Federation/Handout
Russian Embassy Slams US Prosecutors for Hushing Up Butina Case
The Embassy said Maria complained about food in the DC jail and nighttime surveillance, with lights going on in the cell every 15 minutes.

Despite the shortcomings, the 29-year-old is feeling well and will soon be allowed to receive phone calls and letters. She vowed to maintain her innocence.

The next visit by the Embassy staff is scheduled for August 2. The diplomatic mission stressed it would continue proving the accused with consular help and demand that she walk free.

Maria Butina, a recent American University graduate with a Master’s Degree in International Relations, was arrested in Washington DC on July 15 on charges of conspiracy and acting as an agent of a foreign government, which she denied. She is being held in jail without bond until trial.