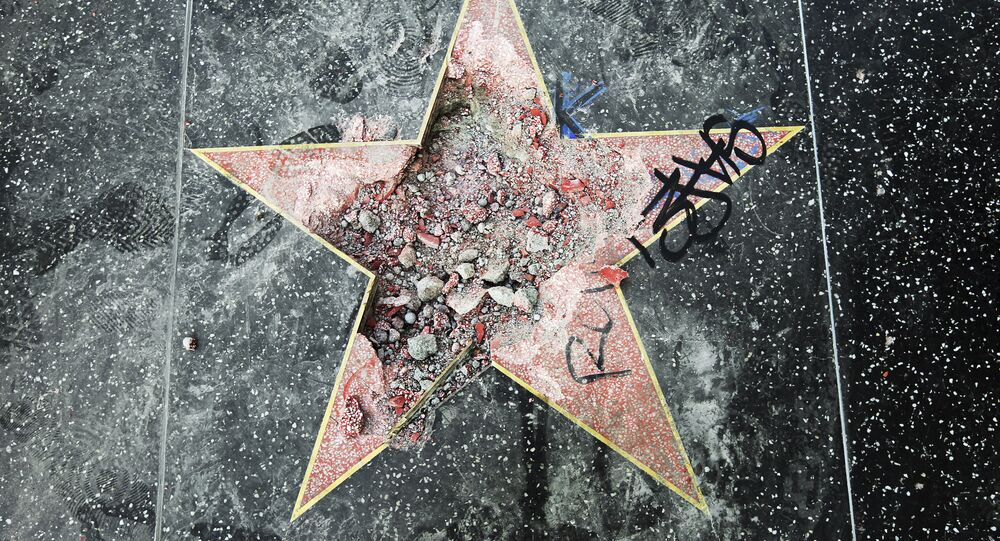 There is a saying that birds of a feather flock together. This time, one guy even went as far as to try to bail another out of prison.

Austin Clay, the man who destroyed US President Trump's Walk of Fame star, will be reportedly bailed out of jail by the guy who did the same thing two years ago, apparently having earned his sympathy.

According to TMZ tabloid, James Otis, the man who smashed the star two years ago, is stepping up to pay the $20,000 bail for Austin Clay and also plans to meet him in person after his release.

On Wednesday morning, Beverly Hills police responded to a call at Donald Trump's star on the Hollywood Walk of Fame to find out that a man had smashed it with a pickax. He left the "weapon" at the scene and turned himself in.

According to the LAPD's Hollywood Division, it was the culprit himself who called the cops to report the vandalism.

In October 2016, James Otis, who was dressed as a construction worker, used a jackhammer and a pickax in a bid to remove the star from the ground. Back then, he pleaded no contest, getting three years of probation, 20 days of community service and a $4,400 fine.